Absheron is a special place known for its vast oil resources.

In this area, there are intriguing megalithic formations that resemble the remains of ancient roadways that cross the peninsula in various directions and even go to the bottom of the sea on occasion. Long traces appear to be a petrified furrow made by the wheels of big carts, ranging in depth from 5 cm to half a meter. 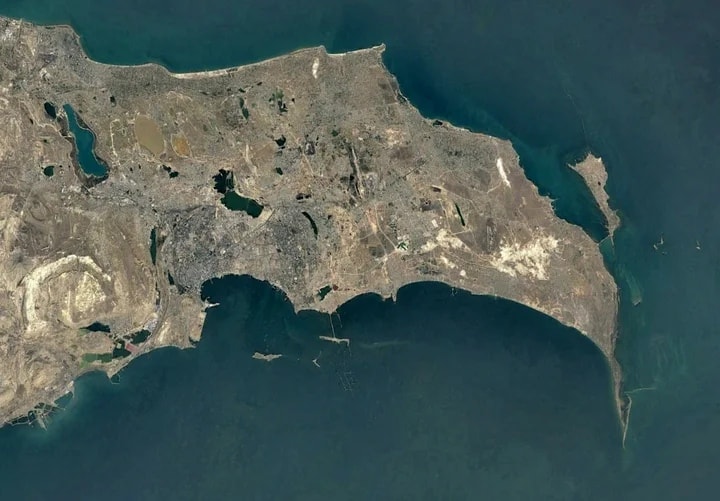 Strange roads are made up of a few three, and occasionally even more than five parallel tracks. Some have been severely damaged, and at first glance, they appear to be typical natural structures. 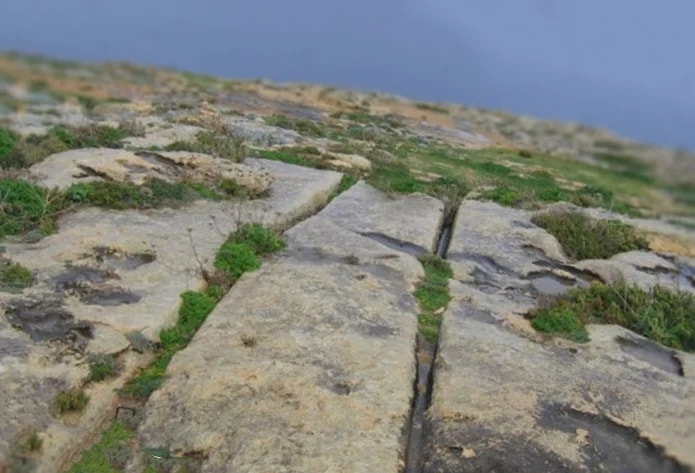 In the region of Baku, the villages of Govsan, Dubendi, and Turkan, well-preserved areas of more than a hundred meters were discovered.

Many versions of the Absheron stone paths’ origins have emerged. The idea of building parallel canals for land reclamation in ancient times, for example, appears to be pretty plausible. 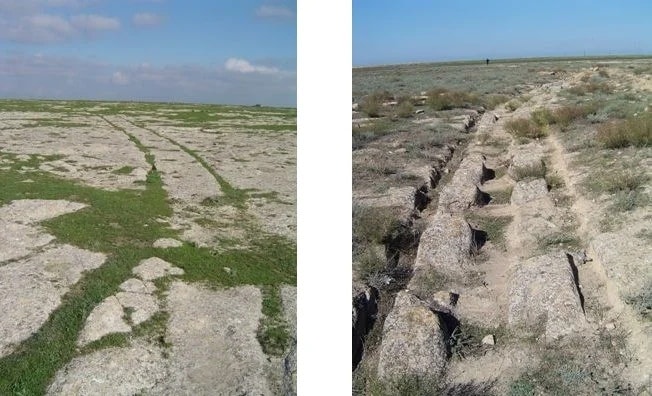 Scientists point to gauge walls that are strictly vertical. After several drives, the wheels of antique carts would most likely leave trapezoidal grooves in the ground. Furthermore, many roads have an odd number of furrows, and the spacing between them is not always consistent.

Those who believe in the existence of an ancient transportation network are likewise undeterred. Petrified highways, they believe, were utilized to transport oil during the golden age of Babylon, Assyria, and Sumer.

Emiliy Khristianovich Lenz, a distinguished academician who visited Absheron in the 1830s, discovered such signs even far out to sea. They were originally laid along a rocky bottom to connect the peninsula to the island of Boyuk Zira, but they were later removed when the lighthouse was built.

The majority of scientists agree that stone roadways are man-made structures, although their exact purpose is unknown.

Similar megaliths have also been discovered in the Mediterranean, Crimea, Germany, Mexico, and the Azores.