The new panorama picture from the Curiosity Rover, PIA17931, taken as it looked down over a sand dune into NASA’s “Dingo Gap,” may have shown more than just a nice view of the Martian landscape.

In both images, an object that looks like a half-head protrudes from the Martian soil. The “Face” has two eyes, a nose, and a mouth, and is clearly humanoid in form.

Surprisingly, the Toltec culture appears to be represented by the face on Mars. 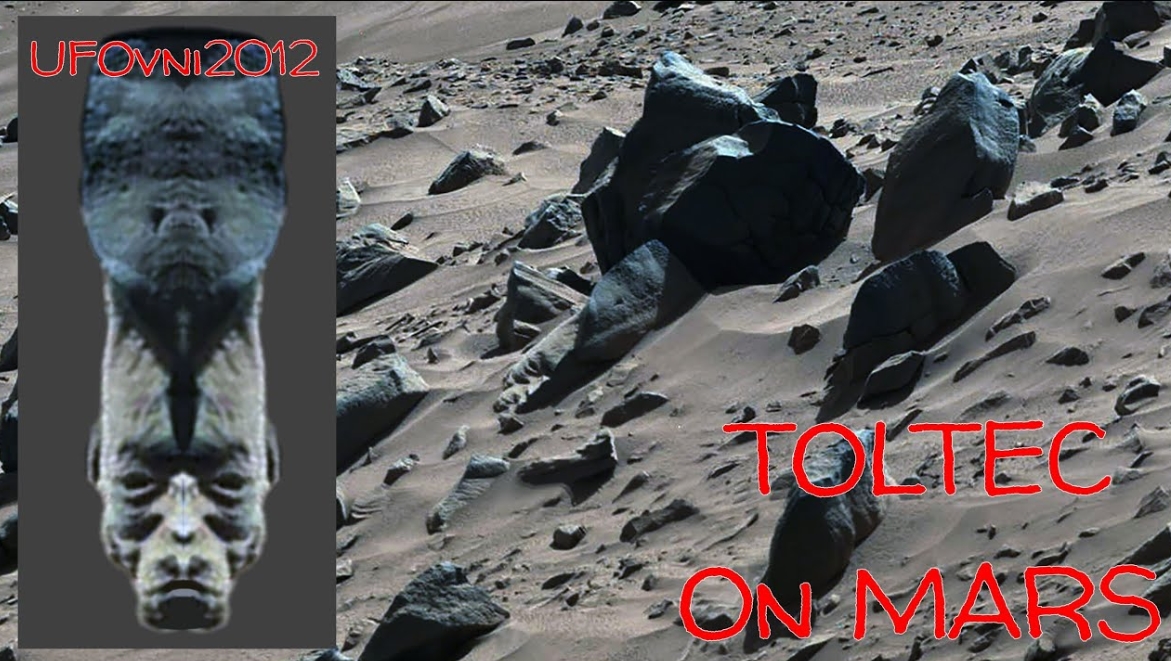 The Toltec culture is a Mesoamerican archaeological culture that ruled a state centered in Tula during the early post-classic era of Mesoamerican chronology (ca 800–1000 CE). Later Aztec culture looked up to the Toltecs as intellectual and spiritual forefathers.

When you combine it with what appears to be an ancient building foundation hidden in the sand and an ancient logogram or pictographic language embedded in a rock, you have compelling evidence that Mars once supported life, most likely thousands of years ago.

The remains of a statue, the ancient structure, and the logogram, in my opinion, are relics of an ancient civilization (possibly related to the Toltec or Aztec culture), and NASA has remained silent, as is customary.