This is quite a strange discovery, to say the least, as we have officially come across a second ancient Sphinx in Baluchistan of all places.

In case you didn’t know already, Baluchistan is a region in Pakistan, and also strangely enough the place where this massive Sphinx was discovered.

It is relatively close to the Sphinx from Giza, although it is said to be even older by the experts.

That’s right, although we don’t actually know how old the Giza Sphinx actually is, for the most part, it appears as though this one is even older, as it is believed to be at least 12,500 years old by now.

It is so old actually that most experts cannot even tell if it is a natural formation or not. These people that believe that it is natural for the most part believe that this resemblance that it has with the Great Sphinx from Giza is nothing more than a strange coincidence overall. 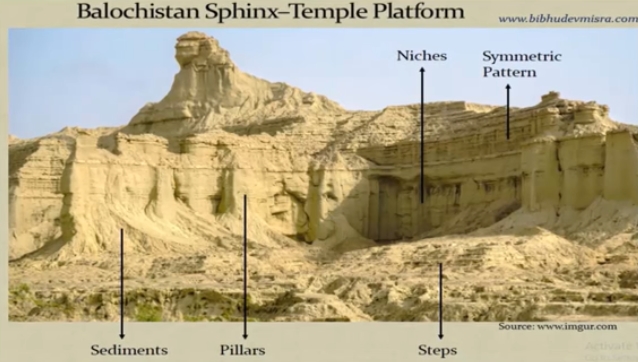 Regardless, this didn’t stop the many experts all around the globe and of course, it didn’t stop the tourists either from coming down to the site to see the new Sphinx for themselves.

Hopefully, we’ll get an official answer as to whether it is a natural formation or a man-made creation within the following years.

Check out the following video if you want to find out more information regarding this strange new 12,500-year-old Sphinx from Baluchistan.