This is by far the strangest rock you’ll ever come across. You can find it in the Al Nafud Desert from Saudi Arabia and as you can see, this rather massive stone appears to have been cut in half.

What’s strange about this is the fact that the cut in itself is extremely straight and if that weren’t enough the rocks themselves appear to defy gravity as they’ve apparently been sitting upright for a very long time now. 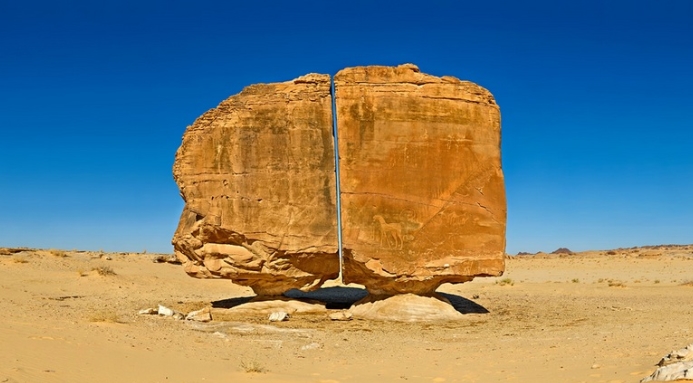 Nobody knows what could have caused the cut to begin with, and as more and more theories emerge less and less appears to be known about this structure, to begin with.

Many believed at first that it was just a random case of corrosion taking its time until eventually breaking the rock in half from where it began breaking off in the past. 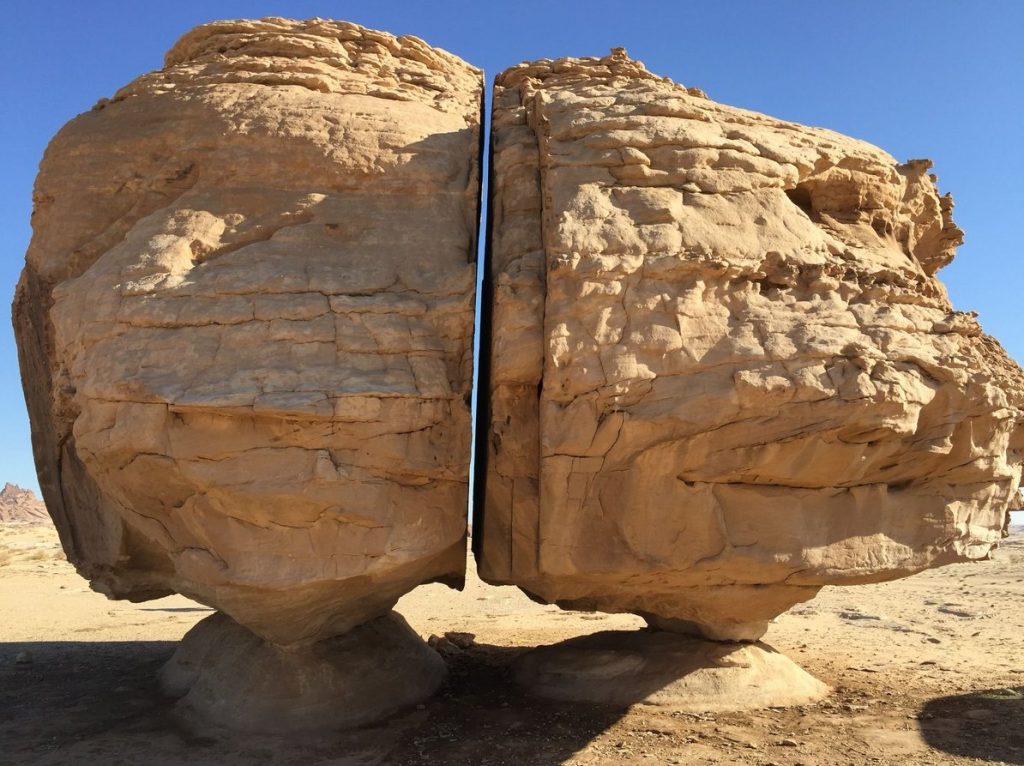 But, since the cut in itself is perpendicular if it were to be cut instantly by corrosion it would have fallen down already which wasn’t the case here.

The petroglyphs on the side also suggest that the rock is at least dating back to the first couple of centuries BC. 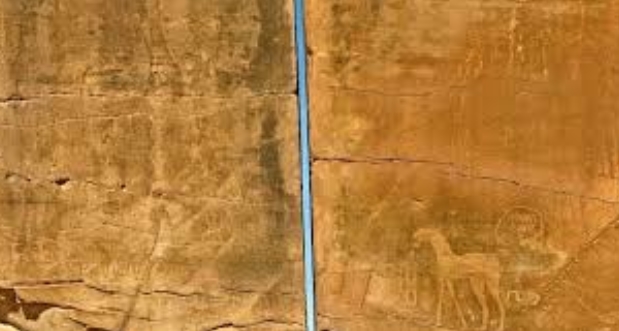 A laser seems like the most likely culprit but why use a laser if you’re not going to cut perfectly down the middle. 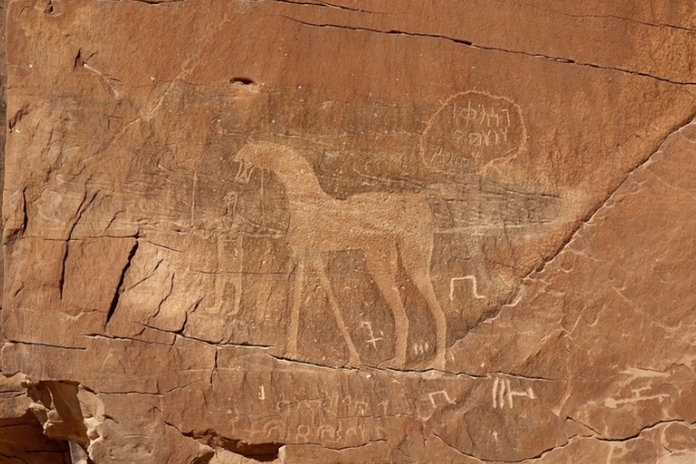 Nobody knows for sure what could have caused this, what we do know however is that this strange discovery is definitely worth visiting if you have the time for it.