A total of 16 giant hands were discovered by expert archeologist and Egyptologist Manfred Bietak as he reportedly claimed this to be the best discovery of his career which is no bland statement, to say the least. 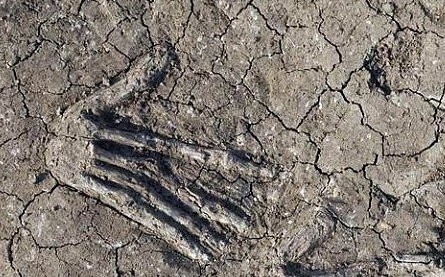 The hands all date back to 3,600 years ago and as far as we know they are not human. Manfred didn’t do this all by himself though, as he was also leading the Austrian Archaeological Institute and the Austrian Academy of Science teams so as to be able to officially excavate the ancient city of Avaris.

This discovery showcases the fact that the ancient Egyptian military would often cut off the hands of their foes so as to make sure that they were defiled both physically and mentally, oftentimes leaving them to bleed out thus destroying them entirely, not even finishing the job altogether. 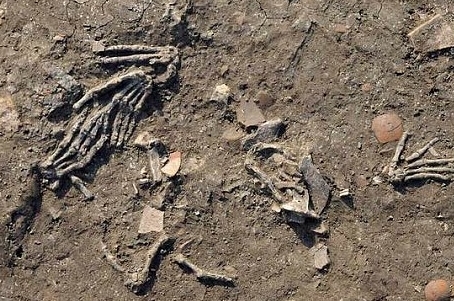 The hands in themselves are quite interesting for their size as they most likely belong to the Giants that are mentioned oftentimes in ancient texts.

The hands were all plucked right out of the nearby mounds as Manfred reported the fact that he had been given hints by the locals that there was something interesting hidden underneath them.

Check out the following video as it showcases the ties the ancient Egyptians had with the Giants altogether.