Scott Waring, a well-known ufologist, shared a rare video with his blog followers, capturing the moment when a UFO approached the active volcano Popocatepetl (Mexico).

According to the researcher, he saw a strange disc-shaped object enter the right vent while watching the camera repair all the changes near the Popocatepetl volcano.

According to the ufologist, the object is in front of the volcanic cloud, not behind it, as it approaches the mountain, confirming the version of the UFO entering the volcano’s mouth. If it were another object, for example, an airplane, it would have disappeared behind the clouds, Waring continues to argue.

The object’s length is estimated to be about 30 meters, according to the researcher. He also brought up the idea that a UFO can only fly into the mouth of a volcano when it is active. That is to say, no pilot will risk flying through a smoke screen. 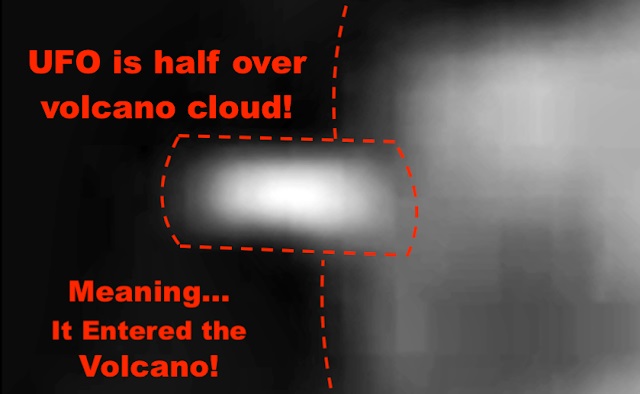 Based on the evidence, the ufologist believes that an alien base exists at a depth of 5-7 kilometers and is several thousand years old.