At the end of April 2021, a video of a rare skeleton found at the bottom of the Mediterranean Sea in 2017 was posted on the network. Although the skeleton is 100 feet long, it does not appear to be that of a whale.

A video taken by a remotely operated underwater vehicle somewhere in the Mediterranean Sea was recently posted on social media ( see below ). 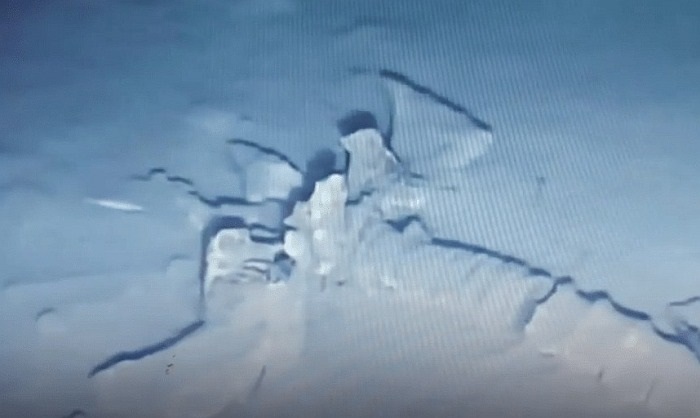 The video was shared by Deborah Hatswell, a cryptozoologist and ghost researcher. The video was sent to her by an anonymous gas and oil industry employee, she claims.

His job involves photographing parts of the seabed with remotely controlled vehicles, and during the next stage of his seabed study, he discovered this unusual skeleton.

The video was shot in 2017 in an undisclosed Mediterranean location. In the video frames, a skeleton with a long spine can be seen, as if it were a snake-like creature.

According to Debora, the skeleton is undeniably special. The maker of the video is an expert in his field, and he knows how to recognize the bones of common Mediterranean Sea marine residents, including whales that come to visit from time to time.

The skeleton in the video, according to reports, is extremely large and unsuitable for any local creature. The difference between this creature’s spine and a whale’s is obvious: whales’ spines usually have three branches, while this creature appears to only have two.

Since whale skulls are large and solid, the skeleton also lacks a skull, which is rare for whale bones.

“I noticed a couple of clay amphorae sticking out of the ground, which had to have been there for thousands of years, implying that the bones were ancient. The skeleton was about 100 feet long and thick, and it looked like it belonged to a serpentine creature “- said the video’s producer.

In the comments, users identify the find as “fantastic” and speculate that it is the legendary Sea Dragon’s skeleton.

Unfortunately, it’s unclear whether or not the video’s creator obtained a bone sample for analysis, or whether he would be able to do so in the future.