A workman named Reidl, who worked at a foundry in Schöndorf / Vöcklabruck (Austria), created by Isidor Braun (1801-1866), broke open a block of brown coal mined in Wolfsegg in the year 1885. He found an odd object-like metal cube/cuboid embedded in the stone.

Why are they interesting? Around this entity, there are various items that have given it a mystical ‘aura.’ First of all, this strange artifact’s origin is a mystery. 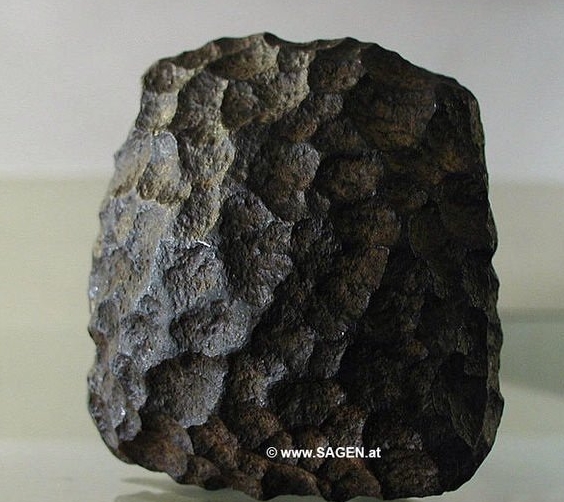 It is an item that unquestionably confirms, according to those who have seen and studied it the presence of ancient cultures in prehistoric times whose scientific advances preceded the current human race.

In addition, the Tertiary coal deposit in which it was integrated is dated to around 60 million years ago.

Since they took it to their supervisor, workman Reidl and his workmates must have considered the metal object strange and important. The son of Isidor Braun, the mine’s creator, took the artifact to Vöcklabruck’s Heimathaus (Museum). 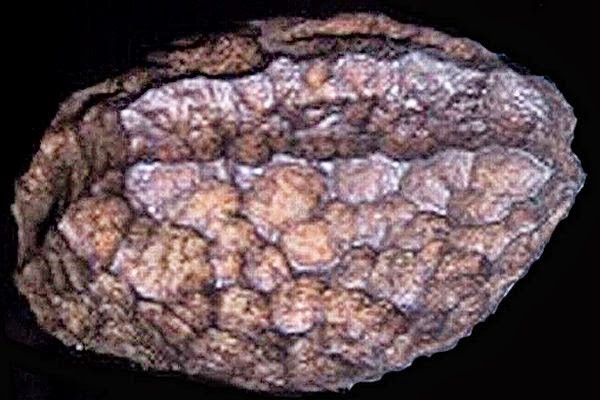 It was meteoritic in origin, proposed by mining engineer Adolf Gurlt (Professor of Geology at the University of Bonn) in 1886.

In the Oberosterreichisches Landesmuseum in Linz, where the original item was displayed between 1950 and 1958, a cast is housed.

In 1966-67, the object was examined by electron-beam microanalysis at the Naturhistorisches Museum in Vienna, which found no signs of nickel, chromium, or cobalt in the iron, implying that it was not of meteoric origin, while the absence of sulfur suggests that it was not pyrite.

Dr. Gero Kurat (born 1938) of the Museum and Dr. Rudolf Grill (1910-1987) of the Geologische Bundesanstalt of Vienna thought it could be cast iron owing to its low magnesium content. In 1973, a further investigation by Hubert Mattlianer concluded that it was cast using the technique of cire losue (lost wax). 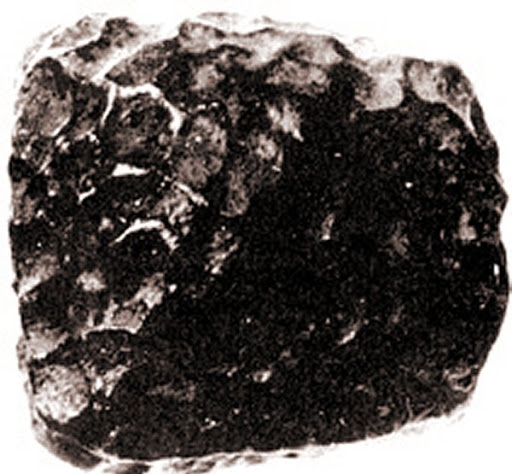 Some claim that the edges were straight and sharp, and there was no question that this was an instrument created by a computer that seemed to be part of a much larger instrument. They were made of iron, carbon, and a touch of nickel. The cube was 2 1/2″ by 1 4/5″, weighed 28 oz., and had an incision running horizontally through it.

Here is a different description:

The shape was like a square, somewhat squared on two of its opposite sides. The scale was 67 mm by 47 mm, the last measure taken between the two rounded ears. It weighed 785 g. It was wrapped by a very deep incision. The age of heavy steel with nickel and carbon in its structure.

It had no sulfur, but it was not pyrite.

It was said that the cube had a particular gravity of 7.75.

Ufologists argue that, as was widely thought, this entity did not originate in space, they propose that this artifact is proof that there were cultures on earth millions of years ago that had advanced technology, and they point to numerous other artifacts found all over the world, indicating that there is a trend among all of them.

In paranormal literature, it is sometimes claimed as a fact that The Wolfsegg Iron vanished without a trace from the Salzburg Museum in 1910. As mentioned above, it is currently at the Heimathaus Museum in Vöcklabruck, Austria, where the picture above was taken.

Wolfsegg Iron’s true origin and significance will serve as a topic of discussion between researchers and ufologists. The piece, whatever the various views and opinions are will certainly remain a very curious and enigmatic item.