On January 16, 2021, a resident of the Bronx (New York) saw three UFOs above his neighborhood, traveling synchronously in the shape of a huge triangle. In the night sky, the softly shining points were easily visible.

The man managed to film a triangle slowly floating in the sky and upload it to his YouTube channel (see below). 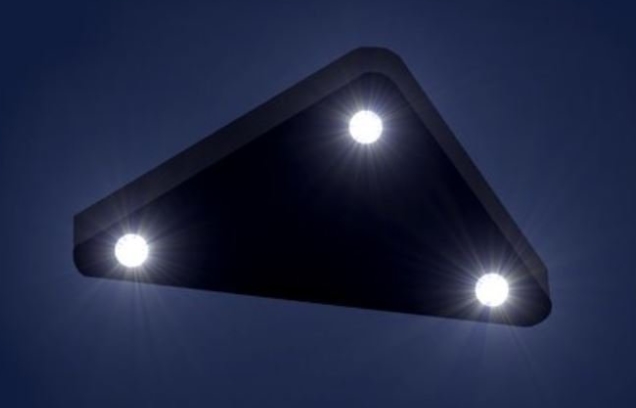 The author of the video seems to be taken aback by what is happening; he looks up into the sky and says, “They pass nearby and look like stars.” I’m not sure what this is, but it’s a triangle.”

This video sparked a lot of discussion on social media, with people sharing their interpretations of what they saw. From the fact that the drones are designed to fly in the shape of a triangle to the fact that they are actually Chinese lanterns, there’s a lot to like about them.

The lantern version was quickly panned because the lights were traveling at such a high altitude that Chinese lanterns couldn’t keep burning as brightly.

The drone version drew a lot of flak as well, since launching many large drones over residential buildings in New York requires special approval, which isn’t easy to come by.

The most famous hypothesis was that it was a secret American TR-3B reconnaissance plane, which has been the subject of many rumors for quite some time.

It is said to have been based on an alien craft that crashed in Roswell. TR-3B is said to be able to travel quietly and is almost invisible to radars.