The following video that we have prepared for you has been going viral for a while now. In it, you can see what appears to be a military base meeting in which one soldier is educating other soldiers on the existence of aliens, UFOs, and more.

The video itself is quite short but in it, you can clearly see the fact that the soldier knows what he’s talking about.

In order to prove his point, the soldier also draws the face of an alien he saw himself while actively surveying the grounds, he even showcased what the UFO it drove in looked like.

He discussed the famous Majestic 12 program and if that weren’t enough, he also talks about other experiences that soldiers and even generals have had over the years.

The video in itself is clearly real, as the video and the audio perfectly match one another. 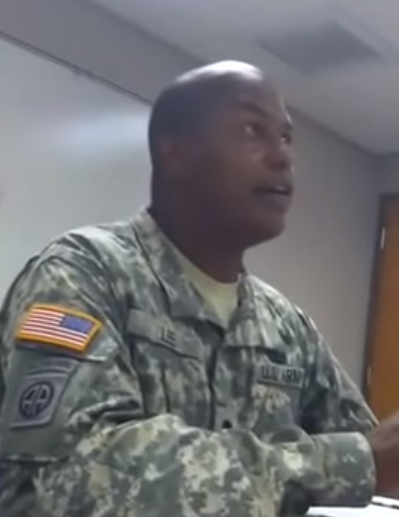 The recording is flawless and the arguments he brings in are rather spectacular. It is honestly a breath of fresh air to see someone so knowledgeable discuss his theories without the fear of being judged or mocked protruding at all times.

Check out the video yourself, although it is a 9-minute video in total it’ll pass by in a breeze, trust us. Be sure to leave a like too to show your support.