Or… it would be, if it weren’t for the new discovery that was made not too long ago. Meet the Norsun Tepe temple, by far the largest and most ancient temple ever discovered both in Turkey and around the globe too.

It appears to be mostly submerged, similar to the Waffle Rock site from the US if you’ve ever seen it. 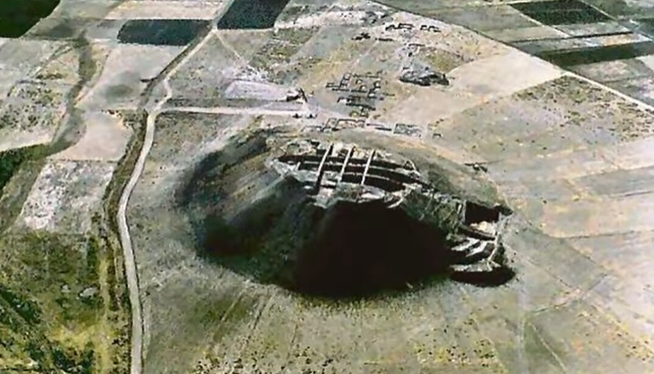 What’s really strange about it though isn’t necessarily what’s there but what isn’t. Basically, when the experts came across it they reported that it was packed full of artifacts and statues of unknown origin.

What was really strange about it though was the fact that soon after they reported their finding the structure was completely submerged underwater.

This was all because the nearby dam was broken intentionally. As the water took time to disperse the experts couldn’t explore the temple for the following couple of weeks.

As soon as they could enter it though they reported that the place had been wiped clean of everything that was inside before. Whoever wanted to steal the artifacts here came prepared and they weren’t ready to give us a chance to see anything inside. What could they have hidden from us?