In case you haven’t heard the news yet, the legendary Dark Journalist Daniel Liszt recently sat down to interview one of the most influential authors of our generation, Forbidden Archaeology’s Michael Cremo as he delves deep into humanity’s genesis and the impact that UFOs and alien civilizations had on our culture as a whole.

To the uninitiated, that might sound like a stretch and we can’t blame you as there is definitely a lot to unpack here.

First off, let’s bring up these manufactured spheres which were discovered in South Africa. They may look somewhat recent but they date all the way back to two billion years ago.

Cremo has brought up multiple other bits of evidence during his interview which completely debunk the theory that humanity dates back to 200,000 BC.

He stated that the world as we know it most likely dates back to 10 million years ago but that before us there were the aliens that lived on our planet. 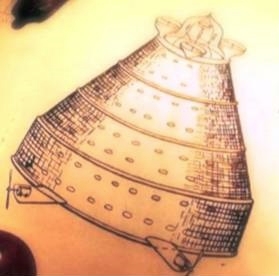 These aliens are described as gods in the ancient Sanskrit texts such as the Ramayana. They are seen piloting the Vimanas, aka the giant UFOs that effectively can travel anywhere on the planet within minutes and they can even unleash catastrophic attacks that can destroy cities in one fell swoop.

This is what essentially happened to the ancient lost city of Dwarka and Atlantis, as Cremo proclaims that this part of history was hidden away by the higher-ups as a means of controlling us.