To say the least, the Stonehenge is already a legendary structure. What really distinguishes it from all other structures is not only its age, but also the fact that no one knows why or who designed it in the first place.

However, a recent discovery has been made that many people claim is connected to the famed Stonehenge.

The 12-meter-long monolith, which was originally reported and uploaded by Science Direct, is obviously artificial in nature and used to belong to the submerged island known as Pantelleria Vecchia Bank, according to them.

They discovered the structure at the bottom of the sea off the coast of Sicily today, but they still don’t know why it was built in the first place. 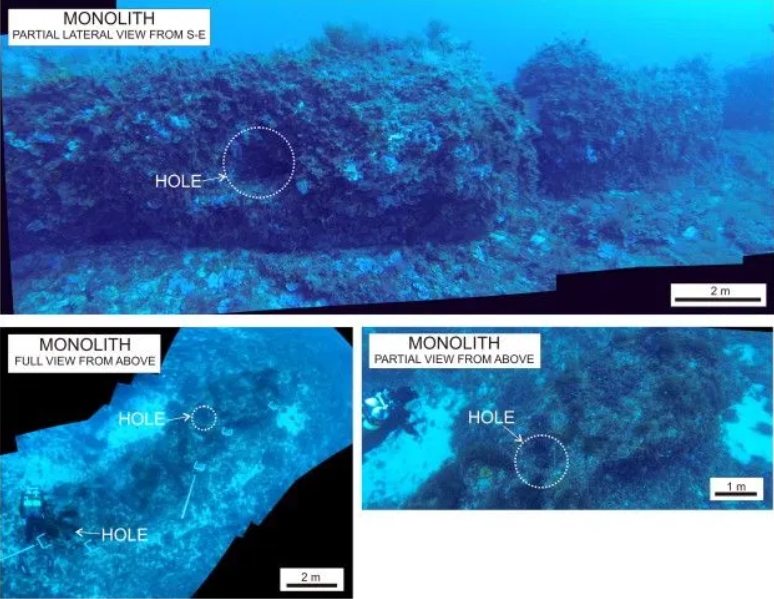 The monument is well over 10,000 years old, and according to scholars, it was initially flooded along with the rest of the island in the most massive flood the world has ever seen.

At the top of the monument, three holes were also found.

What was the intention of its construction? Is it connected to the fabled Stonehenge? What are your thoughts? Please let us know in the comments section below.