This following discovery is quite shocking, to say the least. Here you can see the fact that a massive alien spaceship is directly taking the solar plasma from the Sun.

Streetcap1 made the discovery as he was looking through the most recent pictures uploaded from his telescope and as you can see right here it appears as though the plasma is taken directly from the Sun. 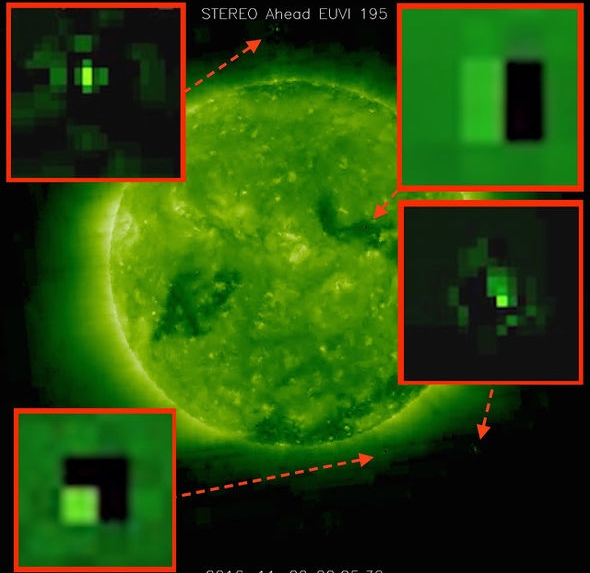 He titled his video “Is this a massive UFO feeding off sun energy” and as you can see right here, he is most likely right as multiple other experts were quick to say.

Scott C. Waring came out with the pictures himself to support Streetcap1 as he reported that this discovery in itself is legit mostly because you can see it from two different angles altogether. 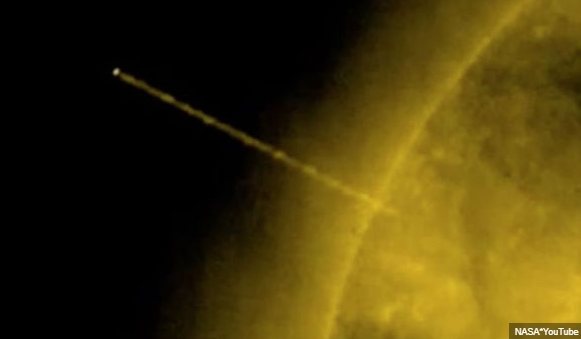 These UFOs that usually feed off of the energy from the Sun are massive, to say the least, as they are said to be at least as big as our planet in most instances.

On closer inspection, it appears as though the object is moving fast then slowing down, and so on and so forth. Experts believe that this is a result of it actually trying to pinpoint the best pressure points to drain the plasma away from the Sun.