The flower and cream of our daily ufologists are securely attached to the gaze of the squad of nuts and bolts, assuming extraterrestrial explorers crossing vast swaths of space to collect samples and return to their home world.

But what if that wasn’t the case? What if the knowledge we associate with the UFO phenomena is really made up of individuals from other planes? 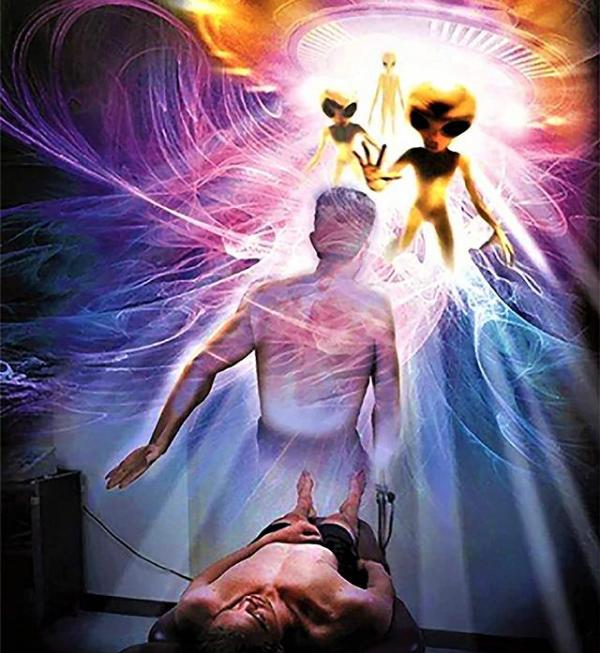 First and foremost, it is important to note that this strategy does not rule out the probability of actual extraterrestrial encounters in the conventional sense.

I am persuaded that we have been and continue to be visited by extraterrestrial planetary civilizations on a regular basis (the terrain of what we once called astroarchaeology or geoarchaeology and that today has become popular as Ancestral Aliens, abounds with evidence in that regard).

However, one theory does not rule out the possibility of the other.

Indeed, claiming to have discovered the One Big Explanatory Theory without realizing that the unidentified is assimilable to different interpretations is one of the dramas of Ufology.

This is where supporters of the Extraterrestrial Theory can cite several cases cited in the ufological case where it is clear that we are in the presence of a spacecraft with its crew? Let me point out that third parties often refer to references, often second, third, or fourth hand, with the usual background noise associated with indirect information.

I’ll give you an example: in October 1963, trucker Eugenio Douglas was involved in an accident near Monte Maz, Cordoba, Argentina.

I am sure that the episode is true.

But when do you read to foreign writers, even though they are accredited? His account of the facts, which he contrasts with first-person accounts created by the protagonist in real life, warns of the dangers of a skewed representation being fossilized in good faith.

Nighttime terrors To summarize, Douglas was driving his vehicle at night in the direction of Venado Tuerto, Santa Fe province, when he suffered his episode a few kilometers from the town of Monte Maz.

According to the aforementioned ufological literature, a UFO appears on the road to help him locate his vehicle for the banqueting.

It descends, and three entities dressed strangely throw light beams at the witnesses?

Douglas takes out a pistol and fires it, but it appears to have little impact, so he flees the UFO until he is discovered in shock by neighbors who have come to see the object at the village’s entrance.

The incident occurred in a different manner, more akin to a hallucinogenic, dreamlike, or absorption into an alternate reality experience.

Douglas is taken aback when a sudden red light appears on the road, forcing him to pull over to the side of the road. On one hand and on the other, luminous points appear and vanish as you descend.

He has no idea what is going on, he has no idea where he is, and everything is wrapped in a strange light fog. Fearful of two people in cop jackets with triangular masks on their faces and odd boots, he flees across the country, firing behind their backs.

He wanders around the field for hours, watching as light emerges from here to there, hiding, avoiding it, and hoping not to be seen by that one.

As a result, he arrives at the village’s entrance, where he is met by a family who sees him delirious, frightened, and drenched in sweat.

They simply give it to an intoxicated or alienated person and tell him the address of the nearest police station where it will be delivered (I have abbreviated perhaps by excess the story so as not to be too extensive in this article).

The first edition, the literary, tends to order the truth, but what it really does is nuance them and offer the narrative coherence, despite the unavoidable practical coherence of the playlist gaze.

It imposes the idea of a crewed ship, guns, or international machinery.

The first-person account of the witness depicts an almost esoteric adventure, with lights appearing and vanishing, loss of time and space, and thrombotic appearances.

The reader fascinated by the exclusionary extraterrestrial hypothesis will argue that, in the end, Douglass’s story can be scientifically interpreted as an alien ship’s visit, but the truth is that the reader has conditioned reading with his own paradigm, riding between the twentieth and twenty-first centuries, an age of space travel and a lot of science fiction.

And to assume that we (contemporaries) are right in our understanding of the phenomenon because our ancestors, weak and naive, lacked our intelligence, is intellectual pedantry: imagine how our descendants would smile at us a thousand years from now, at the ludicrous explanations of phenomena that we have provided and that they will (of course) believe they interpret more correctly in the future. Just the pedals will be missing. The obvious absurdity of the episode is used by many ufologists as a reference pattern to distinguish between credible and uncredible events.

However, it would be a highly subjective criterion in this case, and therefore not quantifiable.

For example, in one episode, an object dressed in a bright suit descends a flying saucer’s ladder, collects samples from the earth, and then ascends by the same ladder and component, and from a scientist’s viewpoint, it makes sense as a geological prospecting by an extraterrestrial scholar, without stopping me from pondering your own, intrinsic quota of absurdity: that a civi

In this case, the witness successfully passed all interrogations and comes to the following conclusion about his sincerity: The 23rd of October, 1954, in Tripoli, Libya.

An Italian farmer noticed a flying apparatus perched about ten meters away about three o’clock in the morning.

It was shaped like an egg. The bottom half seemed to be made of metal. There were two side doors in the front. There was an outside staircase in the middle. Two vertically arranged wheels, one above the other, and two cylindrical tubes protruded from the back.

The appliance made a noise that sounded similar to that of a compressor used to inflate car tires as it descended. He didn’t seem to be using any propellers.

Two antennas were placed one above the other above the fuselage, with a six-wheeled landing gear underneath. The system was approximately six meters long and three meters wide.

Six men were concealed behind gas masks inside, dressed in yellowish clothes.

One of them removed his mask to blow into a tube; his face was as normal as any other human’s. When the witness approached the object and placed his hand on the ladder, he was thrown away by a powerful electric shock.