If you were having doubts about Mars and the concept of there being life on the Red Planet then think again because this new discovery might actually prove the fact that life not only existed in the past but that it still does to this day.

The pictures you can see around here were all taken by the Mars Express’s High-Resolution Stereo Camera back in November 2014 and as you can clearly see these massive pools of non-lethal liquid have been spotted all around the craters from the Arabia Terra site. 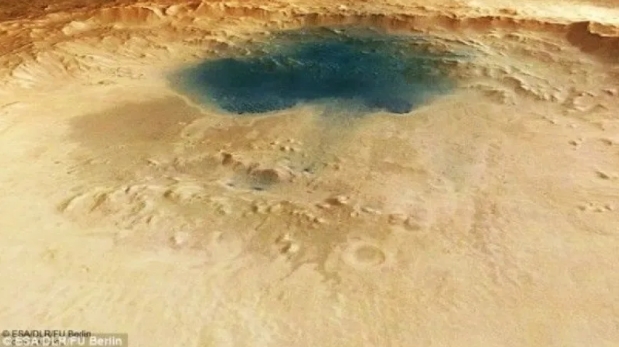 This is quite a substantial discovery, to say the least as it suggests the fact that extraterrestrial swimmers live on Mars as we speak or that at the very least we could live on the Red Planet too if we moved there, albeit after we make up for the deadly atmosphere with our spacesuits.

The European Space Agency has tried to decline the existence of this, stating that although the Mars One project which is meant to hire volunteers to colonize Mars is still very much so planned out for the future, we still cannot believe in such discoveries as they are nothing more than optical illusions. 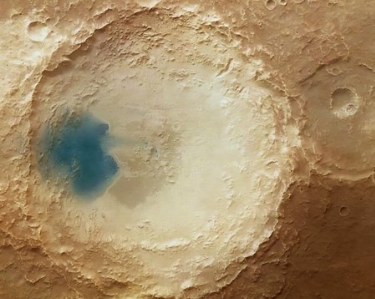 These optical illusions are apparently caused by the Martian winds alongside the dark volcanic sediments and the erosion of the ground.

As much as we’d like to just give this to them it makes no sense as although the Martian winds can reach speeds of up to 100kph this doesn’t explain why they are so blue if they are a result of just a darkish shade of volcanic ash after all.