Did you notice just how many encounters with aliens we’ve had in the recent past? For the most part, it appears as though the numbers are steadily increasing whether we like it or not, as
experts believe that this is all just a sign of either the fact that our technology is beginning to become troublesome for them or that they simply don’t care about being stealthy anymore.

Regardless, it is impossible to claim that the encounters are the same as they were before, as a quick Google search will showcase just how many there have been only in the past week or so. 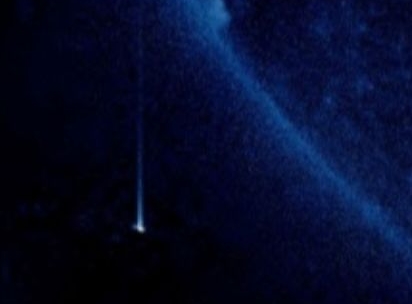 This most recent encounter was captured quite strangely by NASA as they reported on it back on October 22nd, 2019.

This is when the Solar Dynamics Observatory spotted the massive cube-shaped UFO fly past the Sun’s trajectory at maximum speed.

Nassim Haramaid, one of the top researchers from Switzerland reported the fact that this could be proof of the fact that the Sun is currently being used as a gateway to transport themselves from one star to another.

This theory came about after so many encounters in the vicinity of the Sun that appear to have UFOs just disappear in an instant.

This could also be a UFO that fueled itself up and left quickly after it had its “tank” filled. What do you think?