ZeaL, a YouTube user, was responsible for posting this video depicting UFO activity, which has already received over 350,000 views, but he has admitted that he was not the one behind the camera filming. This video was apparently passed around several times until it ended up on ZeaL’s page.

“I see a number of outlets disseminating misleading information about where this video was taken. Please keep in mind that we were the first to talk with the original uploader of this video, and he granted us permission to share it.” 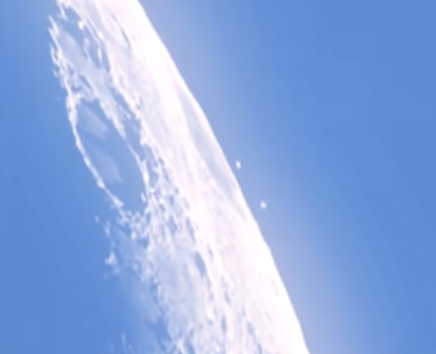 We can trace the video’s roots back to its first appearance on YouTube, where it was featured on the channel of a user named Jean-Michel Tenac. He had 0 subscribers at the time of publishing, but that number has since risen to nearly 2,000. However, despite being the first to post the video, Jean-Michel was not the one behind the camera.

Jean says that this video was taken in Montréal, France, not Canada. This video was sent to him by a friend who wishes to remain anonymous. We have asked him to reach out and accept full credit, but if he chooses not to, we will honor his decision. At the moment, what he wants is for the video to go viral.