This strange new object was captured back on September 10th by the Rosetta spacecraft and in this strange picture, you can clearly see the object standing out from the rest of the natural rock formations surrounding it.

The comet in question here is the 67P/Churyumov-Gerasimenko comet and as you can see, this is by far the strangest discovery ever made on its surface. 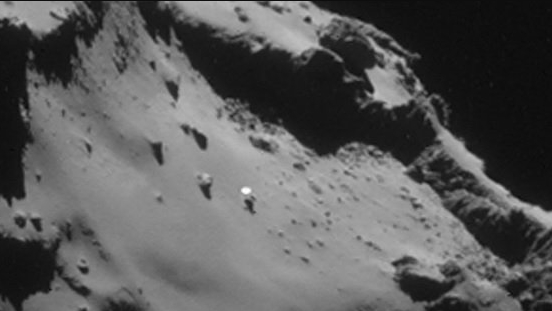 Although many argued that this is nothing more than another rocky formation nobody knows why it is so strange in the first place.

Upon closer look, you can see the fact that the object itself is not reflecting any of the light back into the camera lenses of the Rosetta spacecraft which showcases the fact that it’s most likely either made out of metal or something along those lines.

The shadows that it casts are also pretty strange as they appear to be different from the rest of the shadows in the picture. 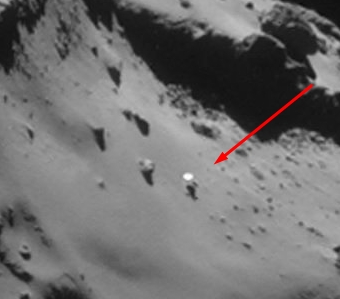 So far the European Space Agency have reported the fact that the four image NAVCA mosaic that they released of the comet’s surface is still unexplainable.

Although the image was taken from a whopping 27.8km away it’s still rather unclear as to what it could actually be.

The team is hoping to get another closer look at it, hopefully, this time capturing it just well enough for us to see whether it is an alien construct or a natural formation after all.