On May 24, my anonymous source, JP, who has provided hundreds of images of various types of craft belonging to a classified US Air Force (USAF) space program, claims to have met a human-looking “Nordic” extraterrestrial. He says the Nordic was dressed in a US Air Force uniform and invited him to fly in a landed saucer-shaped craft in a secluded wooded area of Orlando, Florida.

JP rejected the bid but photographed the spacecraft after it had left (attached below). His recollection of the discussion with the Nordic shows that they are directly cooperating with the USAF and following the terms of an arrangement about their contact with the general public. 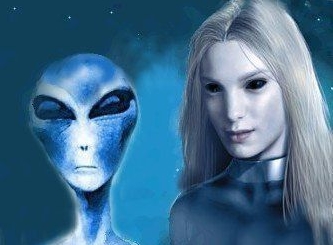 The following is a transcript of my Skype conversation with JP, along with some commentary. I’ve built a page where you can find older articles and videos featuring his images, as well as originals, for independent review.

The discussion started at 10:32 a.m. Eastern Daylight Time. To explain what JP is saying, I have removed grammatical errors and inserted extra text in square brackets:

JP: I went for a walk in the woods. I was experiencing ringing in my ear. I’m thinking it was a kind of calling. As I learned from the previous touch. I ran into this guy. Wearing a suit from the United States Air Force. Blue indigo. His expression had changed. Perhaps a Nordic.

JP has light blue eyes, blond hair, and is dressed in a United States Air Force jumpsuit. He was extremely good. He claims that many of these craft can be seen all over the place. He invited me to join him at the craft. No, I said. Yes, [he asked] if I was sure…. 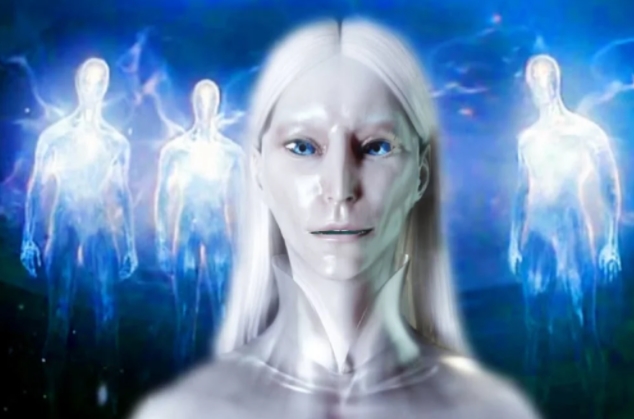 JP: I told him that we’d need video evidence soon. He told me that they couldn’t because of an agreement they have with the US and other countries.

This is consistent with what contactees such as George Adamski, Howard Menger, and others have said about human-looking extraterrestrials whom they each assisted in blending into local cultures in order to avoid detection by the general public and even national authorities.

It’s worth noting that the current Russian Prime Minister, Dimitry Medvedev, announced in December 2012 that when he became President, he was issued a highly classified file containing information on how Russian and global authorities register and monitor extraterrestrials living among us.

All of this means that secret arrangements have been reached between public authorities and Nordic extraterrestrials, in which no video recording of their life is permitted by anyone they approached.

I now return to my Skype conversation with JP, during which I questioned him about his decision not to accept the Nordic offer to work in his craft:

Salla, Michael: I was surprised that you said no. Did you ever have a bad feeling?

JP: No, I was actually happy, but I was irritated because I didn’t get footage.

Salla, Michael: Would you have been allowed to take photographs?

JP: He told me. This form of ship can be seen all over. After he had spoken to me. He made contact with me. I knew I was inside the ship because I saw a Light. I’m just floating around. It was just a fraction of a second. Then he told me you’d returned.

JP is implying here that the “Nordic” arranged for him to view the interior of the craft without physically entering it. Perhaps there had been astral projection or some form of non-physical experience.

JP then inquires about collaboration between the Nordics and the USAF:

J.P. : I inquire as to what is going on with you and the United States Air Force. He told me that they are collaborating on a large project. Several ventures in the Gulf of Mexico involving MacDill Air Force staff.

Michael Salla: Why was he dressed in a United States Air Force uniform?

JP: Both of these sonic booms are part of the idea they’re working on.

Michael Salla: Was it emblazoned with the USAF Special Operations patch?

JP has previously mentioned being taken on board rectangle-shaped spacecraft, where he saw passengers wearing USAF uniforms with the Air Force Special Operations patch. The accidents happened near MacDill Air Force Base, which is home to the US Special Operations Command.

JP stated that the Nordic’s patch was special, containing symbols of a star and a crescent. 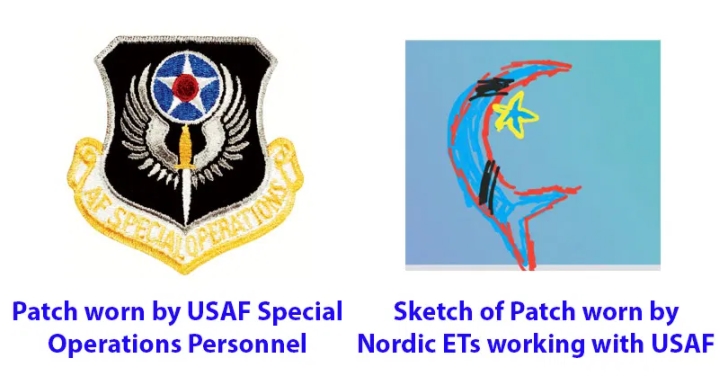 He later explained to me that the uniform itself featured the acronym, USAF, with the acronym also written out in a foreign language he didn’t understand at first, but after some internet study, he discovered it appeared to be ancient Sumerian. Apparently, this allowed the Nordic to move freely within USAF bases:

Salla, Michael: What made you think it was a US Air Force uniform rather than a Nordic uniform?

JP: To camouflage [himself] while walking around the [USAF] base. The patch said, “United States Air Force.”

Salla, Michael: Did he tell you, MacDill, that he runs around on USAF bases?

JP:… Yes, there are other bases all over the world.

Salla, Michael: That makes perfect sense. Did he mention how long his organization has been collaborating with the USAF on joint projects? When did it all begin?

JP: We didn’t get too far with that discussion. Michael, I’ve been thinking about you for a long time. When he walked away… I dashed to my truck.

Salla, Michael: Was the conversation held in English or by telepathy?

JP speaks English. The European form. In the same way that people in England speak. The ideal English. This is not an American thing to say.

Salla, Michael: Were you able to capture any images?

JP said that he was able to photograph the craft after it took off, but not while it was still on the ground. The initial photographs of the departing craft can be found below. The video below includes all of the images he submitted, as well as zooms of two of them.

JP claims that he was about 25 meters away from the craft when it was on the ground, but his mobile phone didn’t work. He measured the craft’s diameter to be around 20 meters, and it had three window panes through which he could see.

JP was then asked about what the Nordic had told him about the partnership with the USAF:

Salla, Michael: What kind of programs did the Nordics collaborate on with the USAF?

JP: Practicing ship maneuvering. Invasive maneuvers are taking place all over the world, including the United States, Europe, the Middle East, Russia, and Asia.

Salla, Michael: Were the Nordics teaching the US Air Force intrusive maneuvers? Can you elaborate?

Salla, Michael: Were the Nordics exchanging technology with the US Air Force, or did they simply know how?

JP: The US Air Force has the equipment but does not know how to use it properly. Is analogous to handing over a smartphone to an Indian on Amazon. The Indian will have no idea how to charge [the] phone or browse through…

So, in essence, they are teaching physics to technology. What to use the guns because weapons can have an effect on the craft’s ability to fly.

The craft’s cannon is a pulsing weapon energy superheated. Radioactive light beams, how to deal with thunderstorms to save and gain energy

It is worth noting here that, according to the testimony of William Tompkins, Corey Goode, and others, the US military industrial complex wanted to collaborate with German scientists after WWII in order to learn about the technologies of crashed extraterrestrial spacecraft recovered from Roswell and elsewhere. This is covered in depth in my most recent book, Antarctica’s Hidden History: Corporate Foundations of Secret Space Programs.

According to JP’s testimony, the USAF, in particular, is still in need of assistance in understanding Nordic extraterrestrial technology, which is more advanced than recovered spacecraft belonging to tiny Gray extraterrestrials whose bodies are often discovered inside crashed vehicles.

It’s worth recalling that in prior events concerning his sightings of USAF aerospace vehicles and Nordic spacecraft, he was prompted to look in the direction of the craft by covert operatives. This implies that he is a part of a sanctioned transparency campaign in which he is being assisted in exposing the existence of an Air Force Secret space program, as well as their alliance with a human-looking group of Nordic extraterrestrials.

JP has previously reported that he has been advised that he is not permitted to take videos of the craft, but that photographs are permitted. He claims that when he attempts to record videos of the spacecraft he is seeing, his phone shuts down.

I’ve known JP since 2008 and assume he’s telling the truth about what’s happened. The photos prove beyond a shadow of a doubt that the extraordinary events he witnessed were real.