There are definitely a lot of controversies surrounding the Red Planet going around as we speak, and this most recent discovery definitely didn’t help clear out any of them.

The following picture that you are about to see was taken by NASA/JPL themselves as their High-Resolution Imaging Science Experiment camera essentially captured quite the anomaly on camera, to say the least. 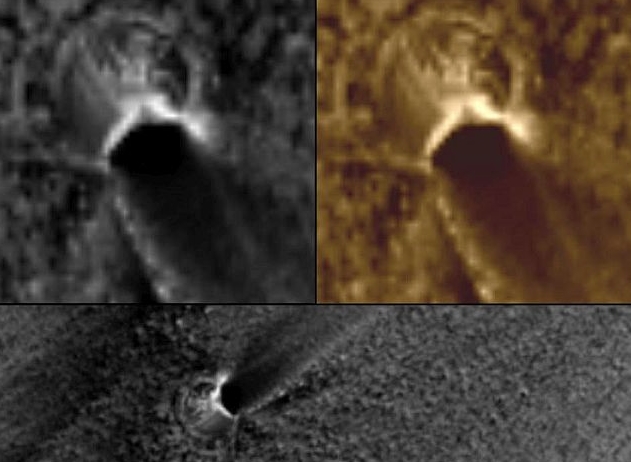 As you can tell, this is no ordinary discovery, and despite the fact that NASA and JPL have been trying to calm the masses by saying that this is nothing more than a small crater from the North Polar layered deposits of Mars not a lot of people have been buying into their excuses, to say the least.

The HIRISE images that were released are pretty condemning to say the least but if you’d look at the original black and white version you can clearly see that right outside of the crashed UFO there appears to be a massive trail that spans on for a very long distance.

Many experts have argued whether this is a crashed UFO site or a secret underground base entrance that would essentially lead to the secret civilization that lives within Mars. 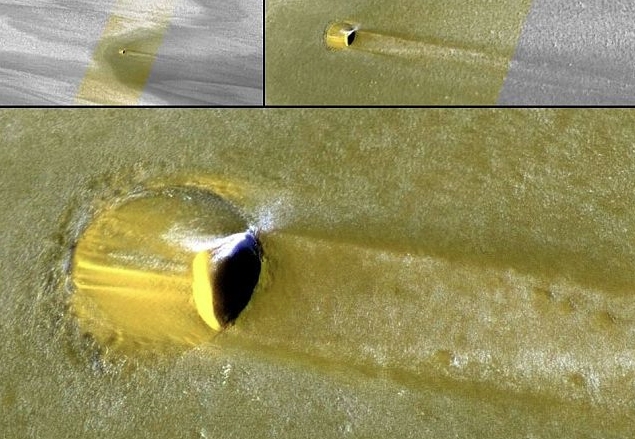 For the most part, it doesn’t matter whether you believe this to be a crashed UFO site or a secret underground base entrance as at the end of the day all that matters is that for the most part people’s belief in NASA’s words is finally starting to dwindle essentially showcasing the fact that we are heading into a new era in which not everyone blindly listens to them anymore.