In 1947, according to a declassified study by an FBI official, aliens flew to Earth, the birthplace of which is not a material planet, but an etheric planet. Their ships will travel from the realm of ether to the world of materiality and back.

On the FBI’s official website, netizens have found a 69-page paper on UFOs and aliens. It is confirmed that, back in 2011, the paper was declassified. 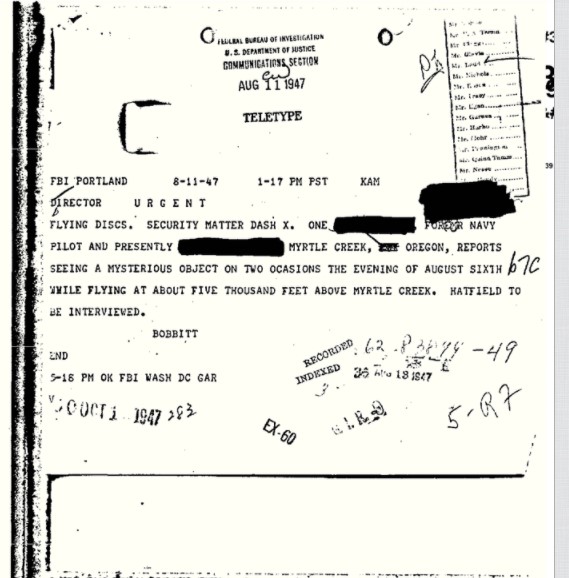 In particular, most of the paper is stained with black paint to make copying and interpreting impossible, but much of it seems very identifiable.

It is possible to access all the pages of the study here. Several UFO and alien sightings that occurred in the United States in 1947 are listed in the article. Many of these cases have been collected by an unidentified FBI investigator whose name remains to this day anonymous. 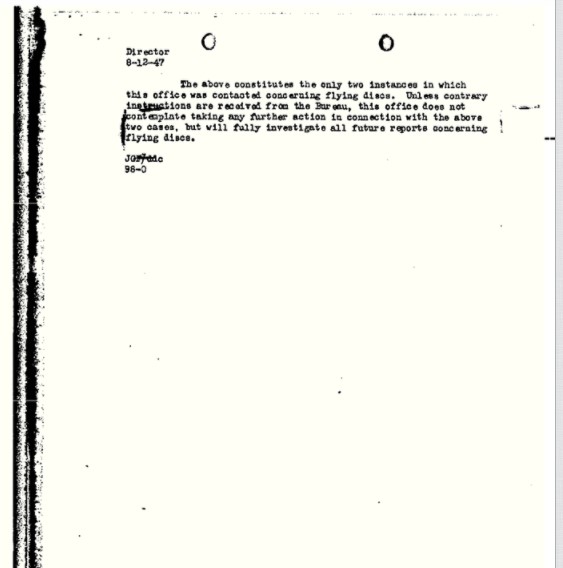 However, it is remembered that after 1947, he attempted for several years not only to compile those cases but also to examine them for the purposes of national security.

According to the declassified FBI report, Earth is visited not only by beings dwelling on other worlds but by forces from other realms as well.

The so-called etheric dimension that coexists with our real world is where some of these entities come from.
As giant transparent beings, these things will materialize in our world.

Such relevant quotes from the Report of the Declassified FBI:
1. The crews hold part of the UFO; others are operated remotely.

2. Their mission here is peaceful. And they’re just on their ships (they don’t have any land bases, do they?)

3. These aliens are similar but somewhat greater in scale, to humans.

4. They are not hybrids or versions of humans on earth, but they come from a world of their own.

5. They come not from a real-world, but from an etheric planet that permeates itself and is not viewed by us.

6. Upon joining the vibration of our thick matter, the bodies of the aliens and their spacecraft would immediately materialize.

7. Disks (UFOs) have radiant energy or a laser that can kill any ship that attacks them quickly. At can, they return to etheric space and therefore vanish from our field of view without a trace.

8. The region they come from is not the same “astral” that esoteric teachings speak of.

It is, however, identical to the “Loka” term in Sanskrit, which means “kingdom of dwelling” in Indian religions.

There are distinct universes in which diverse beings reside.

9. Most certainly, they can not be reached by means of radio waves, although if special equipment is built for this it is possible with the assistance of radar.

Ok, what do you think about this article from the declassified FBI?