The Curiosity Rover is by far one of humanity’s greatest tools ever created.

Throughout the years it seemed as though it was the only one from NASA that wasn’t biased, the one showing everything as it is even when it makes NASA look bad. 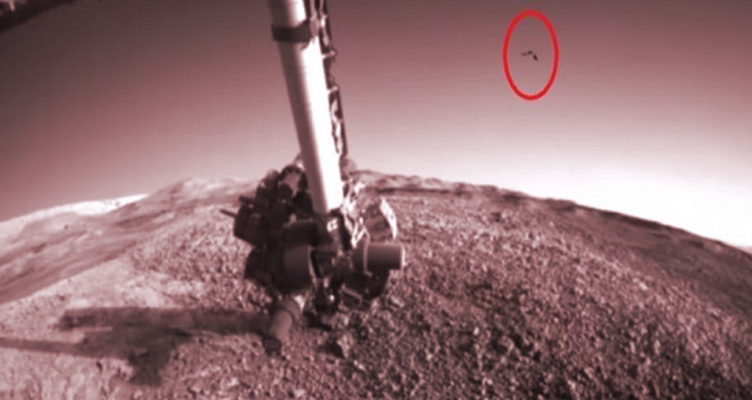 But, this most recent picture released by NASA may actually change everything you thought you knew about NASA from the get-go.

As you can see, this strange alien bird was recorded by the rover. Many believe it’s actually an alien bird and that this is not the only alien that NASA’s ever encountered on Mars.

A series of theories emerged from this. NASA declared that this was just meteorite parts breaking into the atmosphere but so far, all that we can even say is that this is definitely not the case. 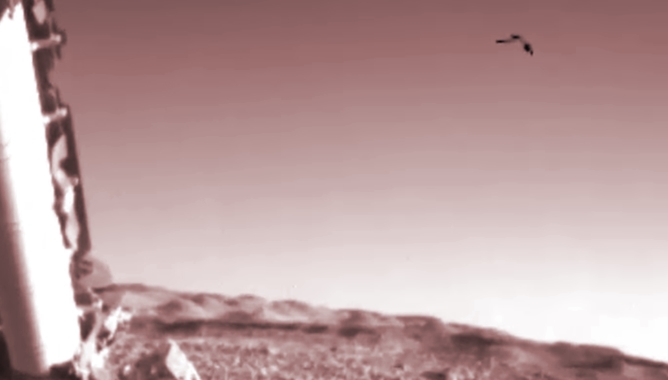 Many believe that this is proof of the fact that NASA never really sent Curiosity to outer space, as it could have just as easily been sent to an underground secret base which was made to look like the surface of Mars.

This theory hinges on the idea that a stray bird flew in the studio and was captured by the camera.

Regardless, the theories are constantly showing up and there’s no stopping them either. Hopefully, we’ll be able to get an actual decent response from NASA sooner than later as this is getting quite preposterous, to say the least.