This alien soldier was actually discovered by NASA’s Curiosity Rover not too long ago on Mars.

As you can see, it’s rather strange to say the least, as many believe that it is wearing a sort of a spacesuit to shield itself from the atmosphere. 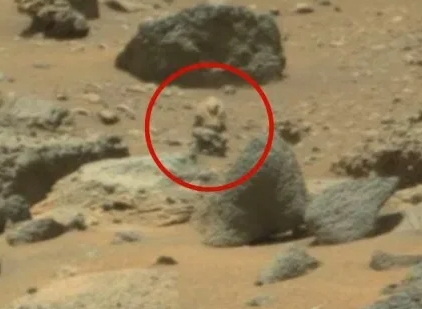 It is obviously intelligent, as you can see it carry around a weapon in its hands akin to a gun.

Experts believe that the alien is actually stalking the rover too which is quite strange as the rover has been on the planet for a long time and yet this is one of the first actual photos we’ve snapped of this species on Mars.

Could he be acting rogue over here, could he be an outcast in the alien community? 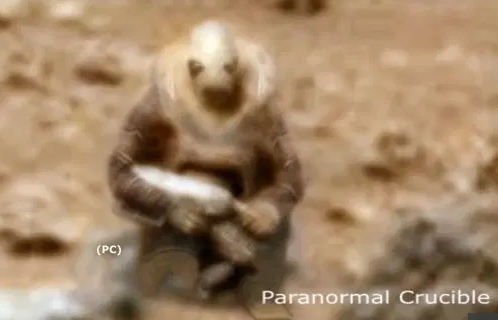 We can’t say for sure, what we can say however is the fact that Paranormal Crucible did a good job spotting the encounter.

Many, including Zak Farley and Hybrid Sky, have reported that this is nothing more than just a rock formation and that it should be treated as such but there are a lot of believers out there.

Many believe that it an insect type of an alien footman or perhaps a grey alien as they are claimed to have big eyes and a humanoid body.

Disclose TV reported on this quite a lot, stating that it could actually be an alien that was turned into stone all along. What do you think?