You don’t need to be a professional UFO hunter with 30 years of experience to be taken seriously, at least not to us. As far as discovers go, no one should care who specifically made the discovery as much as you care about what the discovery in itself is.

This is why we urge you to not look at the background of the Ufologist that made the discovery today and instead focus on his discovery overall. 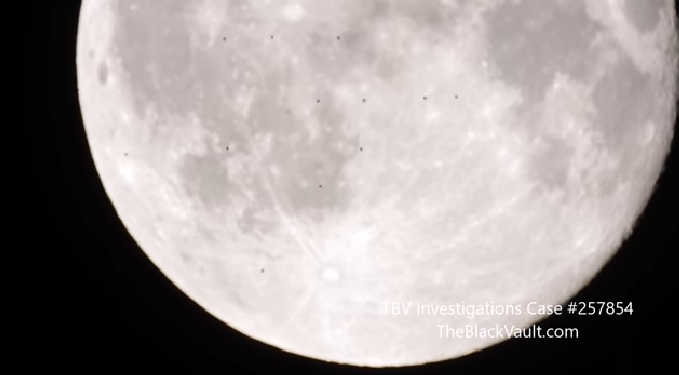 With that being said, this amateur astronomer managed to capture the following video from Italy of all places.

As you can see, he spotted a massive fleet of at least 38 UFOs passing by the Moon.

Upon releasing the video, he stated that he first spotted a massive dark object passing by the Moon, and by the time he had his camera out he noticed that the whole Moon appeared to be full of fleas all of a sudden.

These “fleas” ended up being smaller sized UFOs, a whole fleet of them to be precise.

Although many stated that this could have easily been edited in post, as mentioned previously, we will refer to every encounter as true until proven otherwise.

Sadly, experts also agree that this could have easily been faked. What do you think though? Check out the video and see for yourself whether this is an actually good encounter or if it was just edited to look like one.