While we do believe that this is an incredible discovery in itself and that it deserves all the praise it got, we do have to mention how it does appear to deter from other important discoveries. 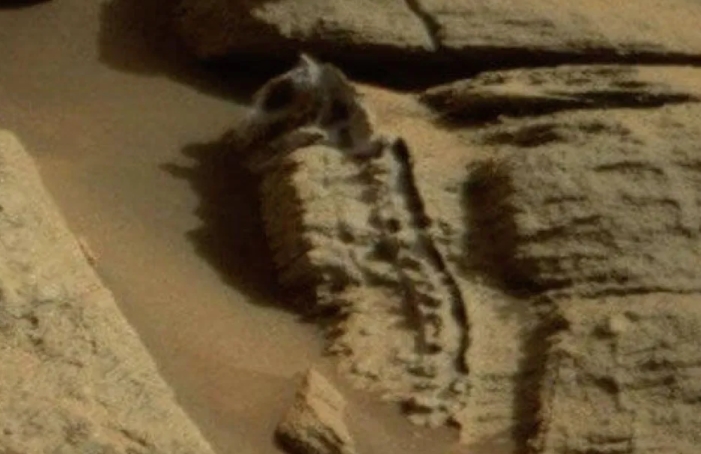 Take for example this massive fossil of what can only be described as a Martian dinosaur. It was uncovered close to the Gale Crater by the Curiosity Rover.

If you think that the picture is fake or anything of that sort think again as the picture itself has only been meddled with using colorization and other similar techniques, essentially not really changing anything but putting the important parts on a pedestal to be seen with ease.

This, according to most experts, proves the fact that life on Mars had evolved very similarly to life on Earth, as this could essentially be the equivalent of our own T-Rex for example. 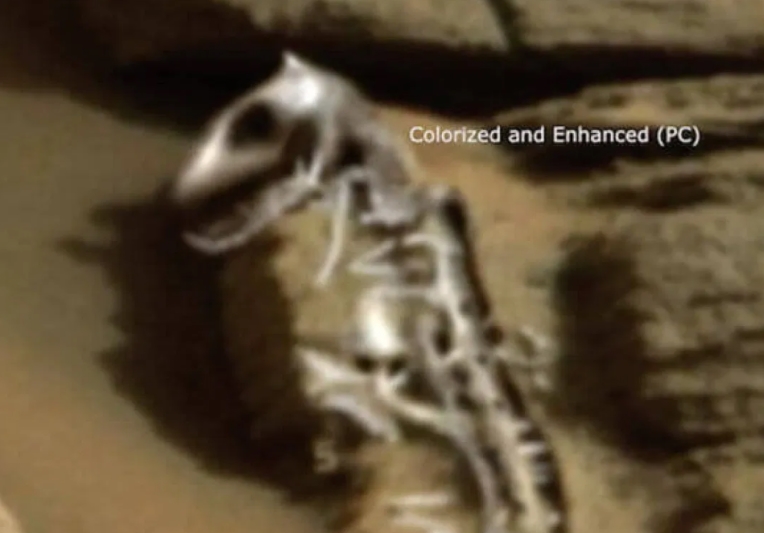 The discovery was made by a YouTube channel made up of professional UFO hunters known as Paranormal Crucible as they reported that the image itself showcases the exact shape of one massive Martian Komodo Dragon.

Whether this will ever be inspected by anyone we can’t say for sure as NASA appears to be taking a backseat, for now, staying as far away from the discovery as it can so as to not bring it any more exposure.