NASA has announced that they have detected traces of water on Mars’ surface, although this has been overshadowed by reports made by alien hunters who claim to have discovered a fossilized dinosaur in rocks on Mars.

Photographs taken by NASA’s Mars Curiosity Rover were posted to the internet by alien seekers. The picture showed an odd rock formation, which UFO researchers assume may be the fossilized remains of an ancient creature that once existed on Mars. 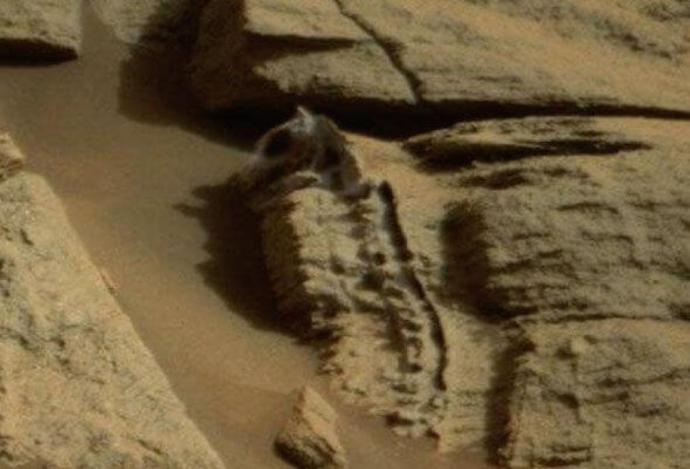 The picture was posted to YouTube by the channel Paranormal Crucible, who said it was taken by the Mars Curiosity Rover near the Gale Crater. It was believed that the video purported to represent the bones of extinct dinosaurs. 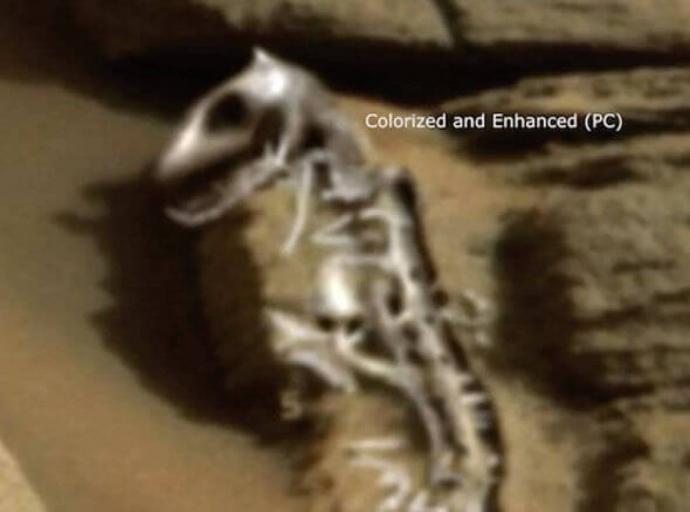 A closer inspection shows a large skull with a fixed tiny bone, a large empty eye socket, and a large curved back, according to the alien hunters.

When the artifact is reconstructed using enhancement methods and colorization, it is said to be possible to see that the artifact is the remnants of a species that once existed on Mars.

The creature’s fossilized bones were claimed to be ancient in the film, but it was also implied that it may have been just a few hundred years old and could be the remains of a Martian version of the Komodo dragon that lives on Earth but can withstand harsh environments. It was mentioned in the video that it may have been a mutant form of a dragon that once wandered across Mars.

You’d imagine NASA would be ecstatic over a finding like this. However, it seems that it is not rare, and evidence of anything from aliens to ancient dinosaurs and stone age tools has been proposed.

The so-called fossil has been clarified by NASA as nothing more than eroded fossils, as they have in the past, and alien hunters have been duped by an optical illusion. They say that the brain deceives the eye into seeing recognizable shapes and objects on textured or patterned surfaces.