A US patrol went missing in a remote area of Afghanistan in 2002. A search and rescue team was dispatched, and one soldier on the team identified what he saw after coming around the side of a mountain:

When we rounded the corner, we could see the cave opening. Then I find a lot of rocks, which is strange as well. And there’s bone tissue. I’m not close enough to say what kind of bones they are, but I did see something that looked like a piece of our communications equipment. 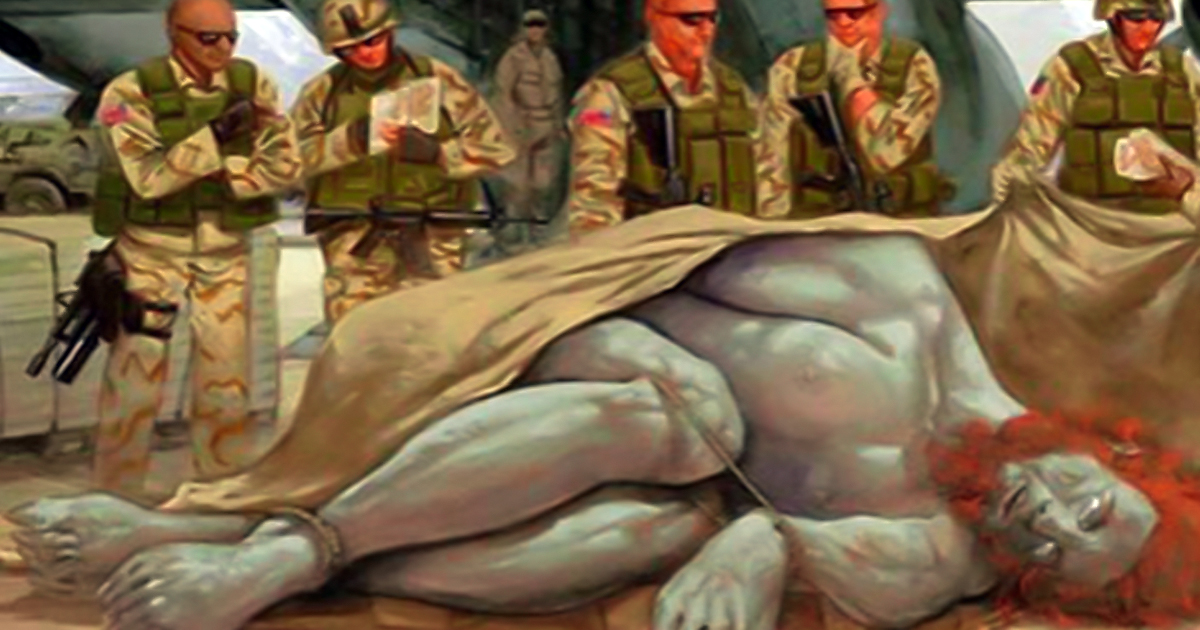 As a result, we instinctively think ‘ambush,’ maybe animal, but it could be anything. There was plenty of room in front of the cave, but it had a sheer drop-off; however, there was enough space for us to scatter in case of ambush.

They saw something emerge from the cave not long after joining the dispersal formation that caught them completely off guard, despite their preparation.

“He was a tall man, approximately 12 to 15 feet tall. This creature is a MONSTER. His beard was scarlet red and extended past his shoulders, much like his hair. And Dan charges at him and starts shooting, jolting us all back to reality–because it was surreal.”

“While Dan is approaching, another of my brothers is laying down fire, and I start shooting. He skewers Dan, and now he’s got him on this ‘pike.’ It went through him. He’s got him, and he’s looking for more. We all jumped in at the same time. I’m not sure what it was, but everybody was yelling, ‘Shoot him in the face, shoot him in the face!’ He’s taken a lot of blows and is still moving.”

Eventually, the giant was dispatched. Dan had already been assassinated. Soon after, a cargo netting was dropped on the patrol unit by a helicopter. They were told to cover the giant in netting, and soon after, a larger helicopter landed, lowered a rope, and the giant was removed.

The red-haired, fair-skinned colossus had six fingers and six toes on each hand and foot, according to the soldier. After sending their after-action report, the soldier remembers being instructed by their superiors to rewrite it in a particular way, most likely excluding any mention of a giant being.

Facts That Back Up What You’ve Heard:

Although not an eyewitness, another special operations soldier in Afghanistan says, “We would come back to the base and start hearing this story about a unit that killed this, what they started calling this very tall man.” I didn’t think much of it at first, until I found out that the person they killed was three times the size of a man, had extra digits on their hands and feet, and had red hair, and that a special unit had come in and wanted this target.”

“Well, we’d learned that they lost it inside a cave, or at the mouth of a cave, and this was common knowledge among military personnel. You think to yourself, “This has to be a joke,” when you first hear it. This has to be a deception. And you know it’s not a joke when things go a certain way and you keep hearing it.”