This strange black square was captured by none other than Scott C. Waring himself, one of the top UFO hunters of our generation.

According to him, the black square isn’t real actually, it appears to be nothing more than NASA’s poor attempt at hiding the truth from us as they usually do. 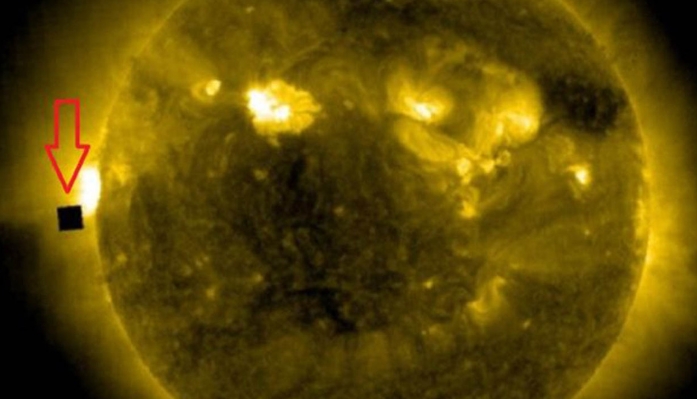 The picture was originally captured by the Solar Heliospheric Observatory and after he reported on it the image itself became quite popular, to say the least around most forums online.

Some believe that the square is not a censor bar but an actual UFO that is shaped like a black box. 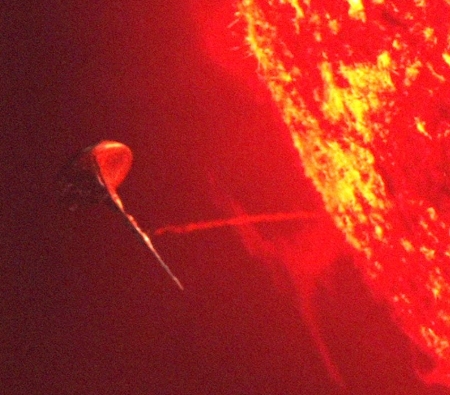 NASA has reported that this is just a software glitch, that it accidentally put a black square there for no reason, but do they really expect us to buy that?

This is not the first mothership we see around the Sun either, as for example we also came upon the following one not too long ago.

This one is clearly not edited though. Perhaps after this picture went viral NASA decided to hide away all of their discoveries and blame it all on faulty software. 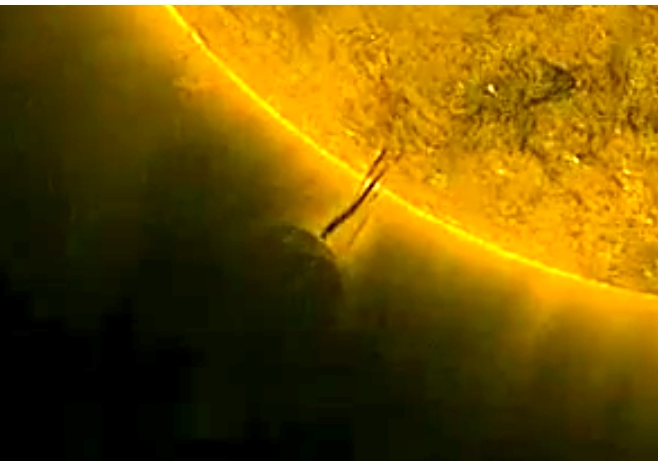 Most experts agree that this is most likely an alien ship attempting to suck up the plasma energy from the Sun.

As far as we know UFOs use the plasma from the Sun as fuel to be able to travel at such incredible speed.

Regardless, check out the following videos and let us know what you think.