This following cave was captured by a virtual archaeologist not too long ago through the use of Google Earth.

As you can tell from the images, it appears as though this cave in itself is rather massive, as reports stated that even the largest airship that we’ve ever created could easily fit through it. 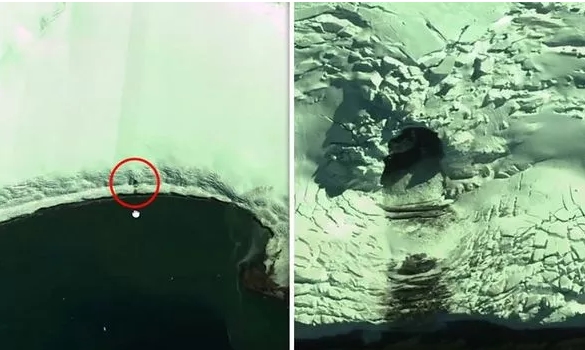 This has led a lot of experts to believe that this entrance could essentially lead to a secret military base of some sort.

Some also believe that this entrance is a part of an Anunnaki complex as they could also fit through the entrance despite being literal Giants.

Sadly, though even if we were to sent you the actual coordinates of the cave entrance you still wouldn’t be able to spot it anymore as around six months after it was reported online the cave was gone altogether. 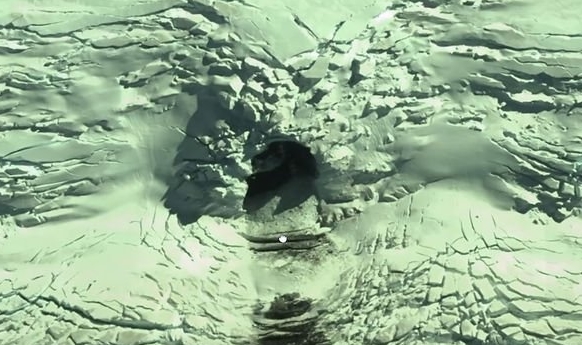 That’s right, most people assumed that this was just a part of nature as a whole, that a snow slide caused it to get covered up and all of that, which is definitely possible but highly unlikely.

What are the chances we spot a secret entrance; we report it and within the following days it’s gone altogether?

Some believe that this is where the WWII Germans actually fled to after losing while others believe it’s the entrance to the Hollow Earth after all. What do you think it could be?