As the title suggests, these two identical flying saucers were discovered by Google Earth and Google Mars as more and more experts have begun questioning whether this is a real discovery or if it’s just a glitch in the system.

It wouldn’t be the first time that Google Earth and Google Mars have made a mistake but to everyone’s surprise, there are several strange elements that set them apart from each other thus proving that they are not the same object clipped on both planets. 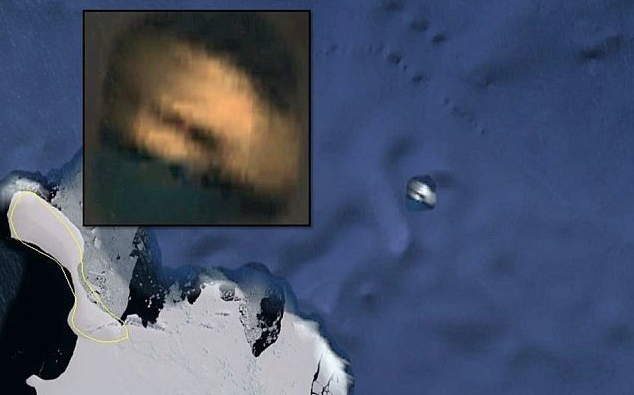 As you can see, the object from Mars is under the snow while the one from Mars is actually under the sand arid lands of Mars. This could not be a result of a glitch as it wouldn’t actually recognize the lands and effectively change the landscape by accident.

Instead, what experts now believe is that these two UFOs might be strays that crashed into different planets for unknown reasons. Could this be on purpose?

A lot of experts seem to think so as the two could have been sent plunging straight into the ground as a means of either scanning all of the planets or more likely to send messages over and intercept calls on Earth and on Mars over time.