As the title suggests this massive monolith was captured by NASA’s very own Reconnaissance Orbiter not too long ago and as you can tell from the picture this is no ordinary structure, to say the least.

The high-resolution camera that is attached to the Reconnaissance Orbiter is extremely powerful which means that this was no glitch, to say the least.

What this also means is that this structure, whatever it may be, is most likely artificial too as it is too big for it to be just a random boulder, to say the least.

Some have claimed that it is just a massive boulder that broke off from the bedrock but this is highly debatable as we have yet to actually effectively find any reason to believe that this is anything but an artificial structure. 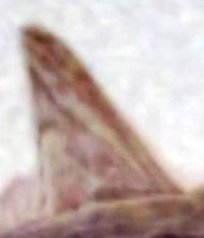 Its rectangular shape is what actually got everyone thinking it’s an artificial structure, to begin with, and the experts also dared NASA to come closer and snap more pictures of it as there has got to be a reason as to why we’re only now finding out about this massive structure.

In the near distance to the right of the structure, you can also see another structure that stands out from the background.

It’s a rather massive one too although not as big as the first rectangular shaped one although this one may be even more mysterious as it strangely resembles a pyramid shape-wise.