This should come as no surprise to anyone, but NASA has been aggressively working against Ufologists all over the world, trying to disprove the UFO encounters we’ve documented over the years using their own technologies.

They also said that the Apollo sightings were a result of a mix-up. 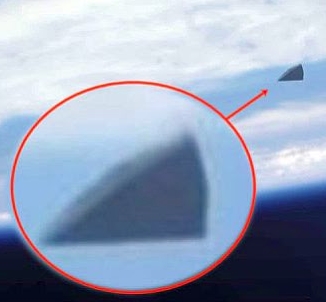 Projects like Project Moon Blink, for example, showed a large array of lights on the Moon’s surface, demonstrating the presence of sentient life on the natural satellite, but they also argued that it was all just “fast walkers” in space.

Many people believe this is because of the Bureau of Oceans and International Environmental and Scientific Affairs, which has essentially acted as a liaison between NASA and the State Department, debunking everything we’ve ever said.

Since NASA is planning a return to the Moon by the mid-2020s, it seems that we will have another chance to study the lunar surface.

This “space object registry,” as it is known in official records, includes documents from Erich von Daniken showing that ET life forms are now welcome in the United States of America, of all nations.

Experts believe that this is proof that the US has not only encountered aliens before, but also intends to incorporate them into our society by the end of 2020.