This is by far one of the biggest upsets of the year as we have just now encountered proof of the fact that NASA is editing out proof of alien life on Mars after all.

The following pictures that you are about to see are all of the same thing, the same object, but they were all edited around to look like something they’re not.

Thanks to the fact that JPL has upgraded its MSL software we can now clearly discern these strange occurrences though, spotting them from the wild with relative ease.

So, as you can see, this incredible picture of a metallic ship was covered by NASA in the laziest way possible, as they literally just changed the saturation of the whole picture and added some blur to make it appear to be just a rock formation.

A Ufologist saw this online and as he is used to editing pictures through Photoshop, he instantly spotted familiar techniques used here. 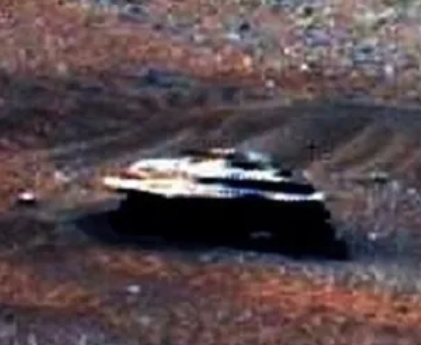 So, he quickly reversed them all showcasing what the picture actually looked like before it was lazily covered by NASA.

The hubcap of a spaceship that you can see here is legit, it is actual proof of either an ancient UFO, the last remnant of a civilization that already perished or left the planet altogether or more likely of a race of aliens that live underground in secret bases all along.