The following strange alien coin was discovered not too long ago as experts believe it to be proof of the fact that aliens did visit us in ancient times.

This might come off as a shock to the uninitiated but the fact that aliens came to Earth in ancient times is pretty much just a widely accepted theory nowadays, to say the least. 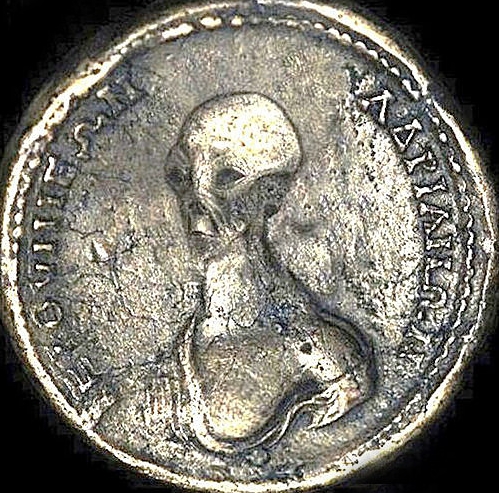 Although most historians and scientists will adhere against this theory, proof such as this alien coin proves otherwise.

The fact of the matter is that it is simply put too well made for it to have been made by a random blacksmith, and as far as we know, it’s unlike anything we’ve ever come across before.
You can see the alien’s mug on the coin, as this is clearly not a human being.

Alien coins are not the most common but still, this is not the first we’ve ever come across either.

Take for example this one that was discovered in 1680 right here. It appeared to come from the future, and although most people were against the theory at the time it appears as though more and more experts are now looking into the theory.

You can watch the following video yourself if you’re interested in finding out more about these strange coins. As far as we know, they are amongst some of the most important artifacts we’ve ever come across, to say the least.