This image of a strange blue orb over Merrimac, New Hampshire caused a lot of ruckus in the communities as it surged up out of nowhere online, essentially causing all of the online experts to try their hardest to explain it before it got too out of hand.

The picture itself was taken by a random onlooker that was lucky enough to capture the sighting on camera. 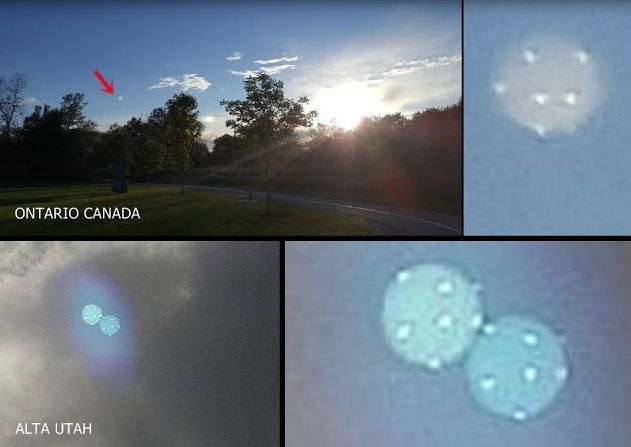 In his original post, he stated that he went ahead and actually contacted several news stations and UFO sites to see who could offer a better explanation behind it all.

NH1 News was the first to answer, as their top meteorologists stated that this does appear to be some sort of refraction of light from the sun interacting with the clouds.

Although this explanation was decent, it didn’t explain all of the variables, as even the meteorologists didn’t seem too sure of themselves.
Instead, he decided to contact UFO Sightings Hotspot too which ended up responding to him offering a way more in-depth explanation.

First off, they began by explaining that this incident was very similar to the one that was reported by NASA’s own camera on June 11th in outer space, proving that this doesn’t have anything to do with the clouds from the get-go.

Secondly, they provided the image below in which you can see yourself that the strange lens flares are shot back into the ISS camera.