This new encounter was actually captured by non-other than NASA themselves.

As you can tell already from the pictures, it appears as though the following two spaceships were captured on camera by the International Space Station, and as far as we know these two are still unexplained to this day. 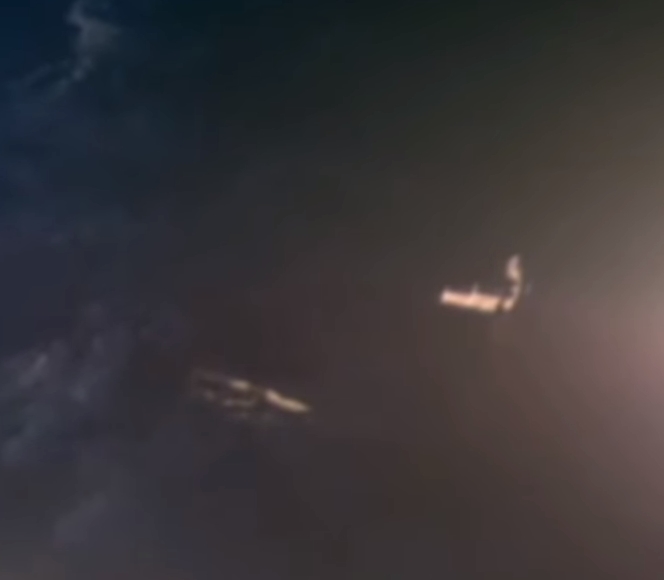 The 7-minute video was originally snugged by none other than Streetcap1, as he claimed that this is one of the most interesting sightings of two golden metallic UFOs that the world has ever seen.

He uploaded a video on it all over the internet in which he declared that this is obviously two spaceships meeting up so as to make contact in outer space.

What’s even stranger about this is the fact that NASA will not respond to any of the allegations but in the video, you can clearly see the fact that they themselves cut it right before the spaceships could make contact with one another.

A lot of people compared this to the event that former NASA engineer Mark McClelland reported on. If you didn’t know already, Mark spotted a meeting between 9-foot-tall aliens and astronauts which he reported later on which got him fired.

For now, nobody knows which species these spacecrafts could actually belong to.

Many believe that they are so technologically advanced that they must be the ships of the grey aliens but we can’t tell for sure as of yet. What do you think they could be?