“The Watcher” was discovered not too long ago on the surface of the planet Mars as more and more people are inclined to believe that not only was there an ancient race of beings on Mars after all but that they were also intelligent enough to construct statues too.

This discovery was made originally by NASA’s Mars Curiosity Rover but the actual statue was only recently acknowledged by a team of virtual archaeologists that analyzed the batch of pictures that NASA found. 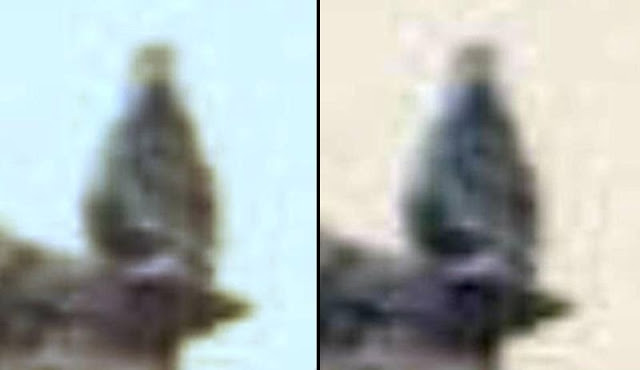 Based on its location, as it does appear to have been placed somewhere on the side of a cliff, experts have stated that this statue in itself was most likely used as a “Watcher”, effectively looking down on the civilization that used to live here for protection means.

Many have stated that this statue was constructed by an advanced ancient civilization but there have been some skeptics that essentially declared that this is just a result of the notorious pareidolia effect once again.

Could that be the case here or are we just not acknowledging the statue even though it’s quite clearly staring us right in the face? 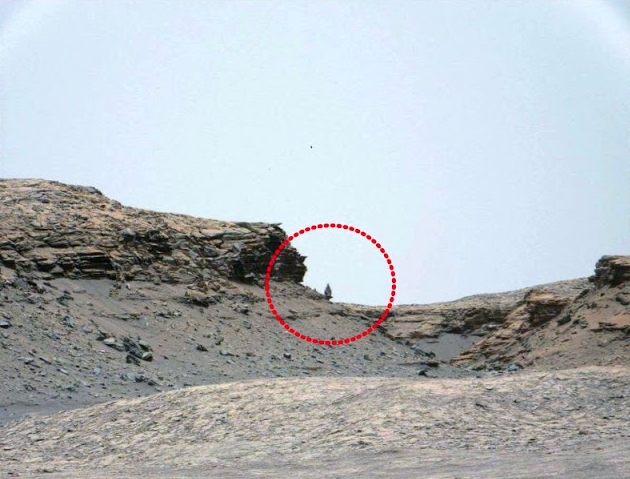 Some have also declared that its human-like figure is also an important feature as it does give us an insight into what the creatures that lived on Mars actually looked like in ancient times.

So, which is it, a trick of the light or an ancient statue? What do you think?