The picture below was discovered by a virtual archaeologist that essentially found himself what appears to be proof of alien life on Mars after all these years.

As you can tell, this supposed elongated skull appeared out of nowhere, and right off the bat you can tell just how much it resembles the skulls of the Paracas.

In case you don’t know who the Paracas are, let us bring you up to speed. They are essentially the strangest beings we ever encountered on our planet.

While most civilizations at the time liked to emulate the elongated skull look by forcing their skulls to look like this, the Paracas were born with their skulls elongated. 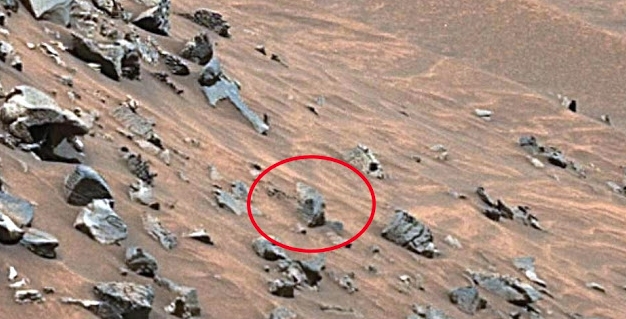 What’s even more important to mention is that the Paracas were actually not entirely human either as traces of human DNA alongside alien DNA were discovered at the site where their skulls were encountered.

They date back to 3,000 years ago and as far as we can tell they didn’t originate from this planet.

Experts believe that they are the mythical Nephilim that were referenced on several occasions in ancient texts.
Basically, the Nephilim were hybrids between humans and gods and the Paracas definitely nail that description right on the head.

As far as we can tell this discovery on Mars may actually imply that the Paracas originated from Mars or that the original Martians bred with the locals from Earth which led to the creation of the Paracas in the first place.