Here are some stunning images captured during the Gemini flights.

The first photograph depicts two unusual artifacts that appear to be UFOs. 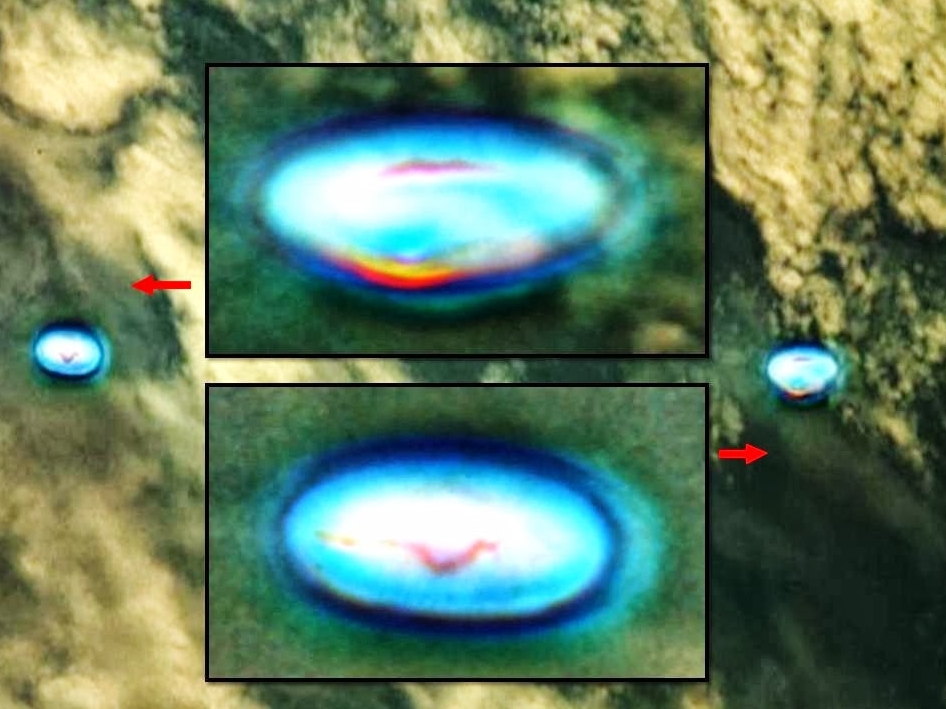 Are these spaceships from another planet? Is it just a standard burn? (Occasionally, the film sticks to itself during the production process and causes the emulsion to “burn” at the point the two layers are touching.)

“It had a rather definite form – a cylindrical object that was white and had a long arm that stuck out to the side,” he said. 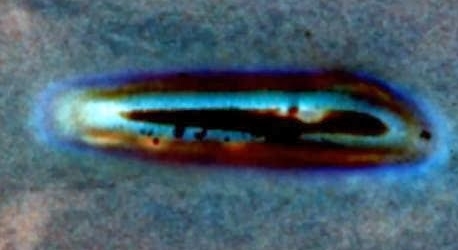 McDivitt later asked to see what he had shot when he returned to Earth and was shown a totally different piece of film with only whited out sun-drenched video. He said that this was not what he had seen or seen on video.

So, either the objects are asymmetrical metallic alien spacecraft surrounded by a blue ‘plasma shield’ of some kind, or… (more likely; almost certainly) the objects are as stated: The film was pierced by a hole.

What are your thoughts?