The title is no lie, as it turns out we recently managed to discover what appears to be the possible remains of an ancient reptilian humanoid on the surface of Mars in a certain area known as the Dino Gap.

This area has been looked over a lot over the years as nobody really cared much about it but once this discovery was made it was pretty clear that the being present in this picture was a good indicator that life did exist on Mars in ancient times and it may exist to this day. 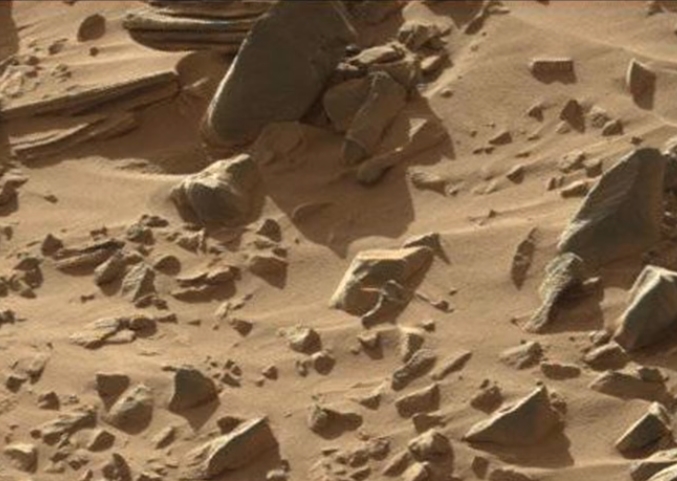 The reason as to why so many experts refer to this as a reptilian humanoid is the fact that it has the head, eyes, nostrils, jaw, and tong of a Reptile with the torse, legs, knees, toes, and arms of a human.

This will immediately strike a resemblance to the many depictions of Reptilian humanoids that were encountered over the course of time as they could have been Martians all along. 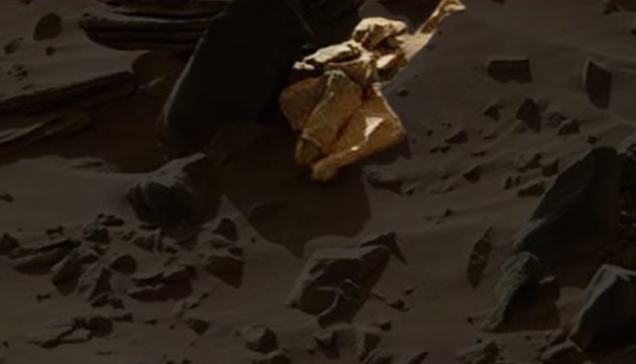 This specimen is also said to be wearing some sort of pants underneath and a hoodie of some sort which might be either protective body armor or more likely a spacesuit.

So, how did we come across this picture? It all came to us from a YouTube channel named “The Mars Pioneer” as he collected the picture himself and did his research on it over the course of time before eventually dropping the video below: