This following carving of a medieval knight was recently captured on camera by the Curiosity Rover on Mars and as you can tell right off the bat the internet was fuming soon after trying to explain what this discovery could mean.

For the most part, experts agreed that this is some sort of an artifact that depicts where a tomb lies, as this wouldn’t be the first time in history that such a lid would be employed.

According to Enkispeaks, this is one of many of these statues that we’ve come across on Mars over the years and it won’t be the last one either. 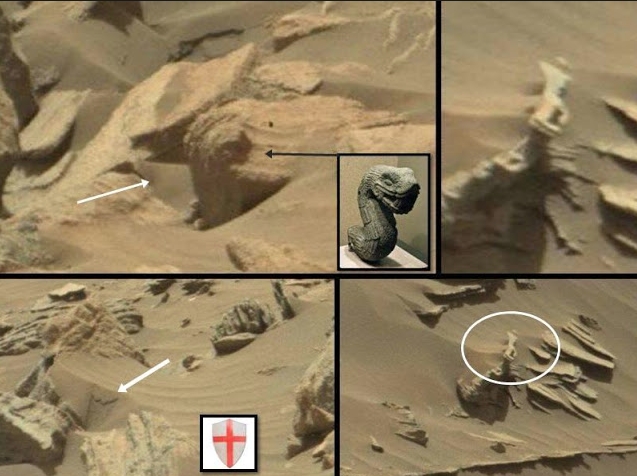 Most of these structures appear to have human or animal features, although NASA is quick to dismiss every one of them as soon as we spot them.

Could this be the lid of one such ancient Martian tomb or is this an actual fossil of a Martian medieval knight?

So far, we don’t have any real answers, as the most we have to go by is this image right here. 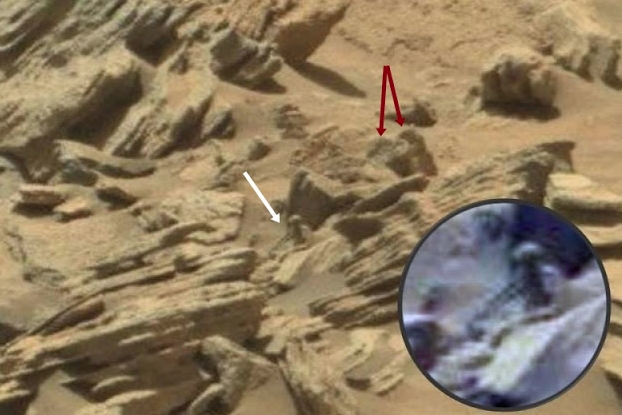 Some have stated that it could resemble an actual Egyptian pharaoh, further proving their relationship with aliens although that is up for debate, to say the least.