What a cute inflatable pool noodle, quite a good addition to any pool party if you ask us. Wait, is that a mouth? Something’s fishy here…

As you may have guessed by now this is no ordinary toy for children, it is actually a creature known as the Pirossomo and as far as we know it might very well be one of the strangest creatures you’ll ever see in your life. 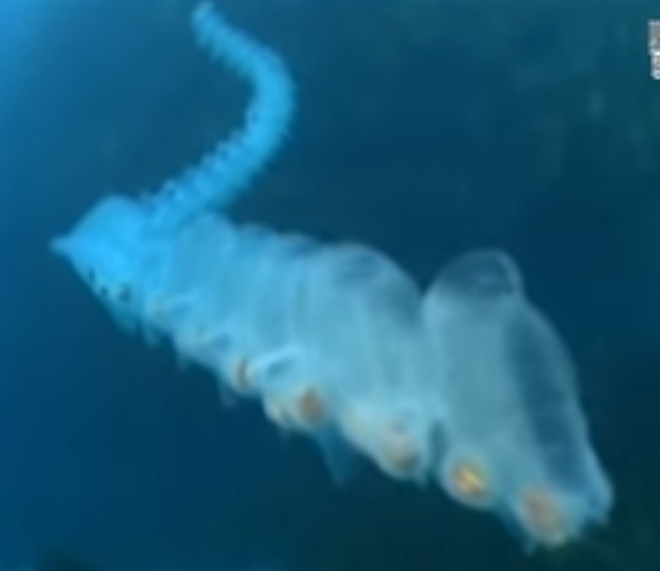 The fact of the matter is that this isn’t even one creature, but an actual plethora of thousands of little creatures known as the zooids.

These zooids come together to make up a singular being known as the Pirossomo and so they completely give up their unanimity thus turning from thousands of micro-creatures into just one.

The name perfectly translates to “fiery body” and it was given to it by the experts that discovered it, to begin with, as they approached it only to see it illuminate altogether, almost like a neon bulb, trying to scare off its attackers. 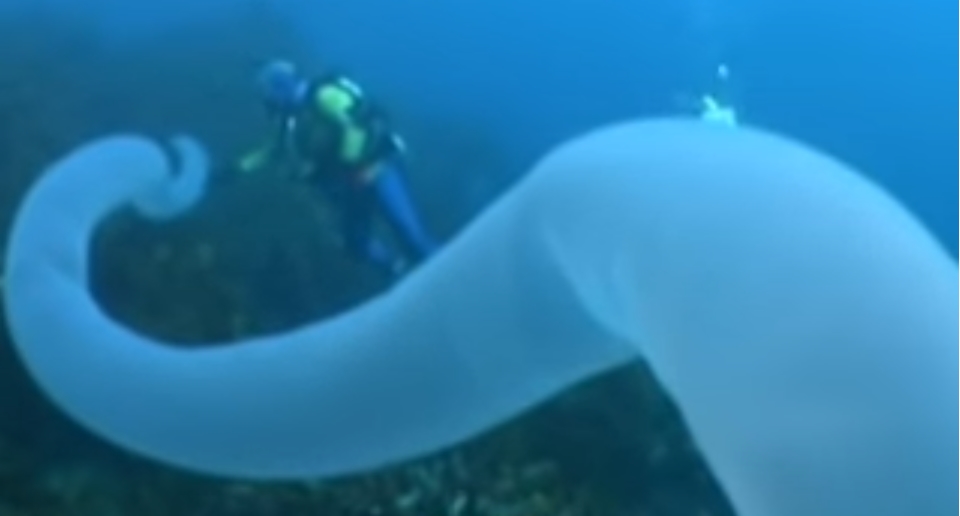 This 12-meter-long specimen may look like your worst nightmare but it’s actually rather peaceful, as it usually just feeds off of the bottom of the sea straying away from any real dangers and illuminating in case anything approaches it.

You can find it around 500-700 meters below water level and for the most part, it will be just floating around allowing itself to be carried over by the current.