In recent years, strange phenomena in the sky have been recorded, with China being one of the countries where many of these sightings have occurred.

A phenomenon that terrified people in various parts of China has been documented. Strange buildings in the sky appeared, and locals called them “ghost towns.” 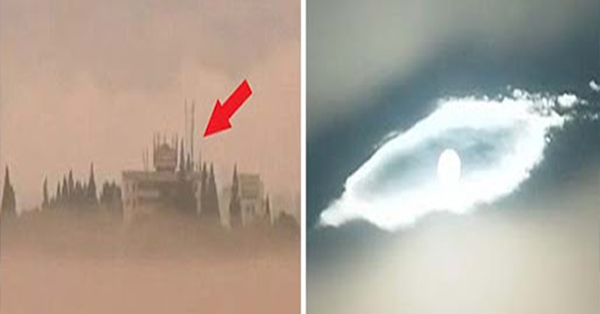 They’ve even captured the appearance of three suns, dubbed “God’s eyes” by others.

According to a video posted online, some tourists were sailing on a lake in China when they looked up to the sky and saw a strange structure appear above their heads. 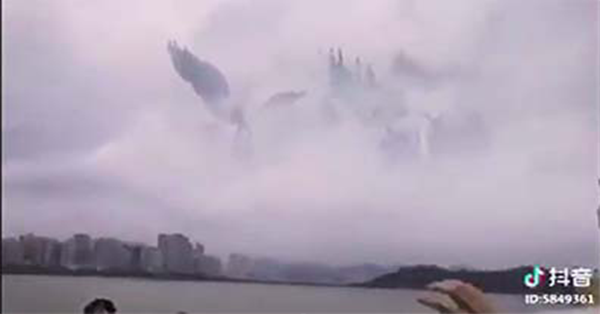 A man with wings appeared in the distance, and a larger creature appeared to be covered in thorns. As the ship approaches, more floating points appear.

Many believed that it was a divine reflection of the celestial universe, which is the highest level of Heaven according to many scriptures.