For more than 2000 years, Mount Nemrud, the ancient world’s eighth wonder and located in one of Eastern Turkey’s most inaccessible areas, has been shrouded in mystery.

The Mount Nemrud sanctuary, at 7,700 feet above sea level and with a 150-foot high tumulus flanked by colossal statues, has become synonymous with sheer grandeur. 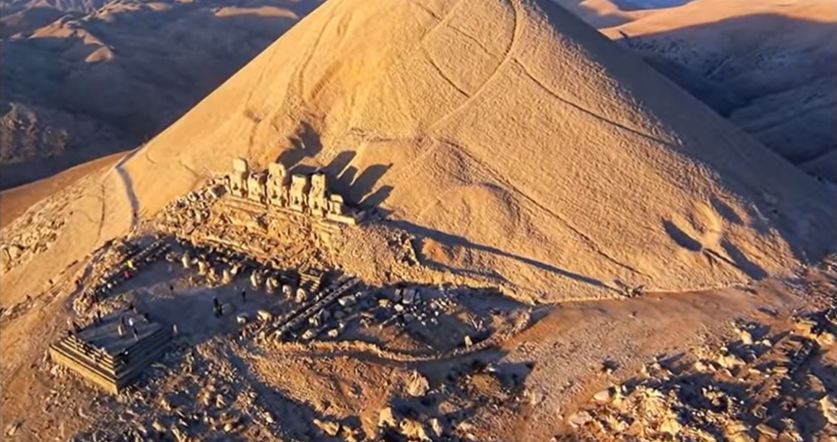 Scholars have been perplexed for more than a century by Mount Nemrud, which is said to contain the undisturbed tomb of its builder. Between 162 BC and 72 AD, Antiochus, a self-proclaimed King and God, ruled over Kommagene, a small buffer kingdom between the Roman and Parthian Empires.

To defend his territory from influential neighbors, he launched a cultural and religious revolution, resulting in the construction of Mount Nemrud, his crowning achievement.

Theresa Goell was the first female archaeologist from the United States to lead a dig in Eastern Turkey. Despite her failing hearing, she became the director of Mount Nemrud’s most extensive and long-term excavation. She worked for more than 30 years to restore the sanctuary to its rightful position among the ancient world’s great temples.

Her perseverance has resulted in the discovery of several artifacts and historical information, including The Lion Horoscope, which is widely regarded as one of archaeology’s most important discoveries. It was first excavated by the Germans in 1882, and it was re-excavated and explored by Goell in the 1950s.

It is the world’s oldest known Greek calendrical horoscope, and it is thought to reflect either Antiochus’ ascension to the throne or the sanctuary’s foundation date.

To step back in time and reconstruct history, the filmmakers use on-site interviews with world-renowned historians, 3-D computer graphics, and war reenactments.

Mount Nemrud: The Throne of the Gods combines unique archival footage of excavations and memoirs of committed archaeologists such as Otto Puchstein and Theresa Goell to provide a powerful opportunity for educators to educate and excite students of all ages interested in learning more about the ancient world’s history and achievements.