Every year, we discover 15,000 to 18,000 new species of animals, in case you forget. They’re then tested using cutting-edge DNA testing to make sure they’re not all other species’ mutations.

We also see beings that have already died and gone extinct, implying the existence of supernatural creatures in the past. What if these legendary beasts were still roaming the earth today? 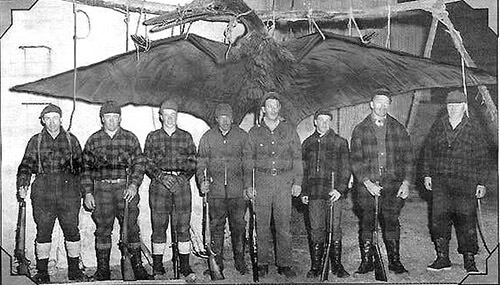 North American Natives portrayed supernatural beings on their sculpted totems, so we know about them. The Thunderbird is one such bug. This big bird was said to have the ability to summon thunderstorms at will.

They came from the remote mountain tops and were thought to represent the World’s Great Spirits. They were both feared and admired by the natives.

In their depictions, the Pteranodon, a form of Pterosaur recognized as the world’s largest flying reptile, is often depicted. The investigation was put on hold for the time being because we thought their bodies had been found in North America. 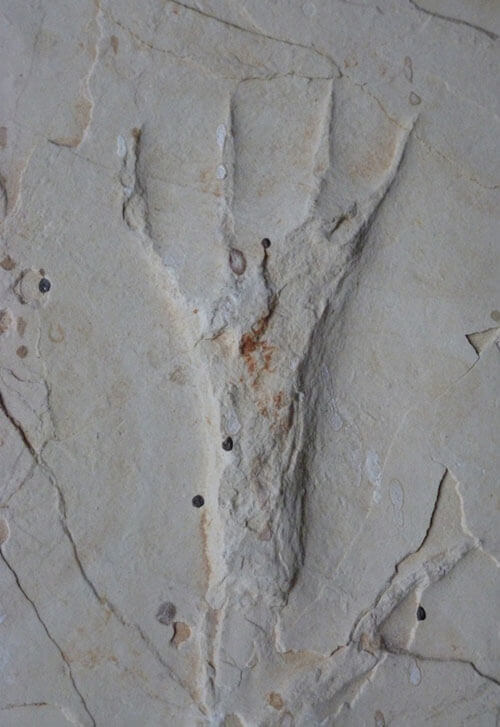 Despite the fact that the fossils date back millions of years, several discoveries from 200 years ago in the North American region seem to show that these animals aren’t as extinct as we thought.

Six soldiers stand atop a giant bird that they killed in photographs from the American Civil War in 1864, for example. 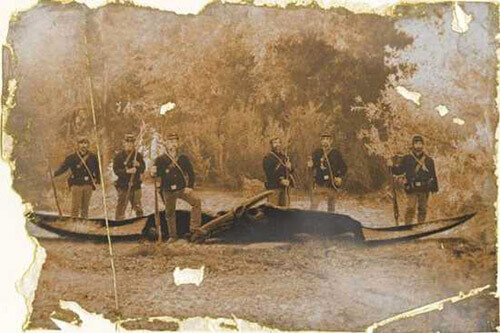 Three children from Lawndale, Illinois, claimed to be fleeing a big bird that had taken their mate, Marlon Lowe, with it in 1977.