While the mysterious video below was received on June 25, 2018, it has only recently piqued the attention of paranormal and unexplained phenomena researchers.

At 02:17 a.m., an outdoor surveillance camera in a car park in Rantula, Illinois, allegedly captured something strange. 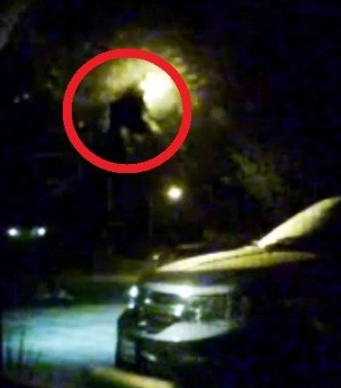 The surveillance camera in the film captured an enigmatic shadow moving rapidly against the background of a bright street lamp.

Many experts who saw the fascinating video concluded that we cannot discuss an insect or a bird.

Some speculate that it was the cryptid known as the Mothman, a giant bat, or another unidentified insect. Others have reported seeing or hearing a ghost or demon. Skeptics, on the other hand, are looking for a response that makes sense. It may be a daily newspaper that has been whipped through the air by a strong gust of wind, for example.

How many other CCTV camera recordings have yet to be discovered or deleted? Isn’t it odd and mysterious how we live in this world?