Many have learned about Egypt’s prehistoric signs of aliens, supposedly helping to construct the pyramids, or constructing them themselves. And it has recently turned out that they may have toured Bulgaria as well.

In a prehistoric site called the Salt Pit, which is not far from the same ancient city of Provadia in the northeast of the world, Bulgarian archaeologists have been conducting excavations for many years.

Provadia is the most ancient town in Europe, or one of the most ancient, according to some sources. Over 6 thousand years ago, it was created. Archaeologists have found evidence of two-story houses, high defensive walls, and religious buildings here since 2013. 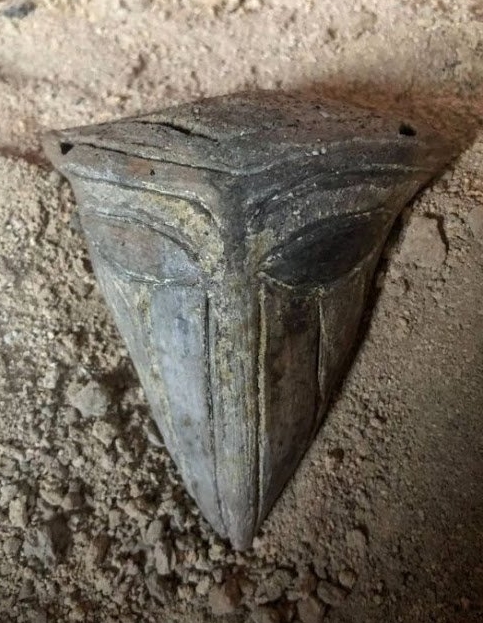 Provadia was a wealthy city with distant regions, mined and traded salt. And the people of Provadia adored gold—more than 3,000 gold artifacts have been discovered by archaeologists. The world’s first gold jewelry is thought to have been made here.

Bulgarian explorers have uncovered a very curious item during the new archaeological season. It is thought to be a ritual mask, most likely a god, representing a legendary beast.

Some though saw a strong similarity to the well-known depictions of aliens in the features of the mask: large almond-shaped eyes and a peculiar head shape. The “mask is made of baked clay and, presumably for links, has small holes on the sides of its upper half.

There is a version that during religious rites this artifact was not a mask, but an amulet and was worn on the forehead.