We’ve come across hundreds of out of place artifacts so far and for the most part, they all appear to be mysterious in their own way.

Take for example this rock which in itself is rather strange as it was obviously tampered with by an ancient man. 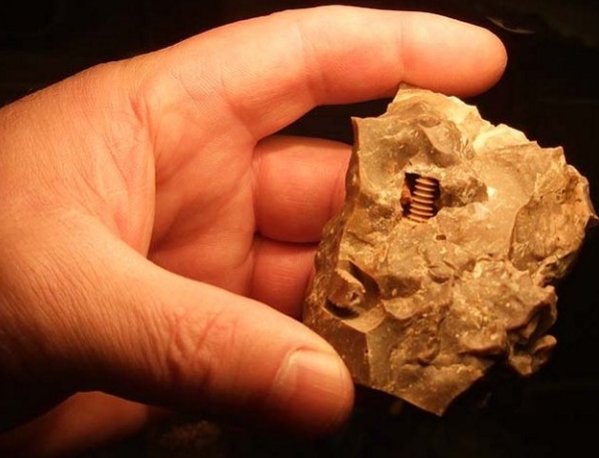 It was originally discovered somewhere in the village of Sarakseevo, Russia, but despite the fact that it was found way earlier on it was only reported in 2009 as most believe it was actually hidden away from the rest of the world until then. 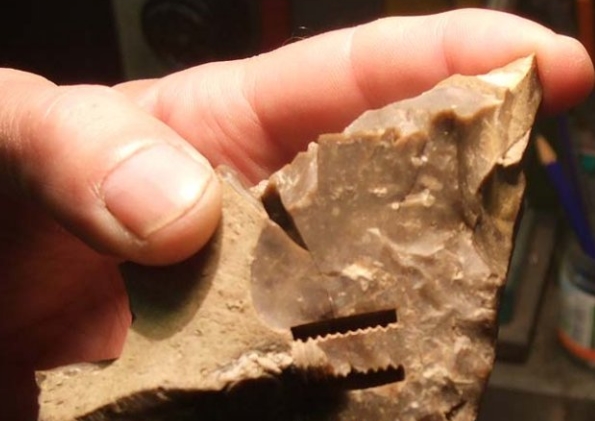 As you can see, the built-in itself is quite strange, as it appears to be a lot more resilient than anything we’ve ever come across before. 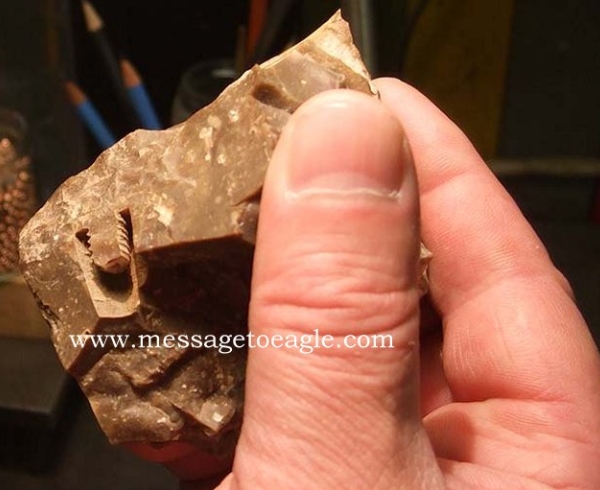 The screw from inside is what really sets it apart though as it appears to date back to hundreds of thousands of years ago.

If that weren’t enough, it isn’t the only one ever discovered either as somewhere in the Kaluga region this following 300-million-year-old screw was also discovered. 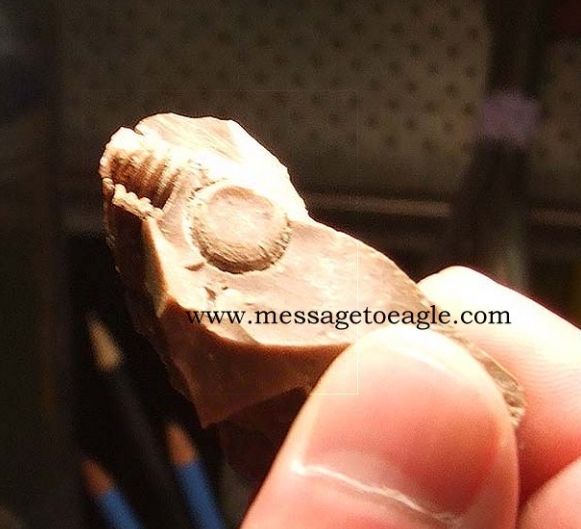 They are both artificial as you can clearly see and as far as we know they are clear proof of the fact that our civilization used to be a lot more intelligent in ancient times.

Experts believe that at one point in history we actually undergone a complete reset intellectually speaking, most likely caused by a nuclear attack which essentially wiped out all technology on the planet. These are the final remnants that we’ve come across.