Archaeology has been evolving steadily over the past few decades to the point where nobody can even tell what the future has in store for it anymore.

Although we still love the idea of going to the site and excavating through sheer luck and skill, we do have to agree that the process in itself is quite wasteful. 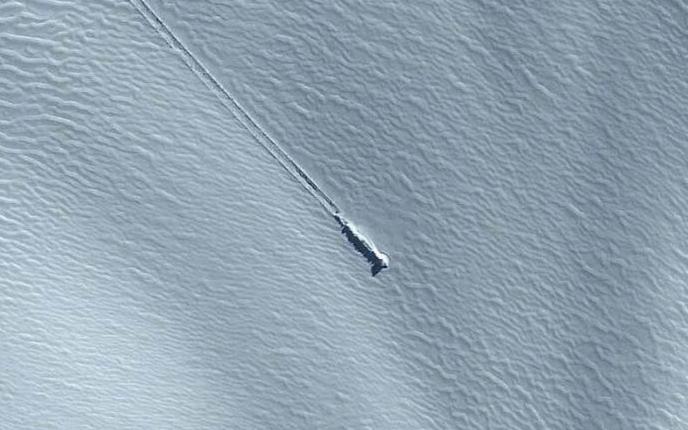 This is where virtual archaeology comes in to play. Basically, by observing satellite images these virtual archaeologists are able to find discoveries such as the following one without even wasting a single dime on traveling to the place.

The discovery that was made today was done by one such virtual archaeologist named Hey-man-Shabozi. As you can see, he spotted this massive alien UFO crash site somewhere in between the South Georgia and South Sandwich Islands. 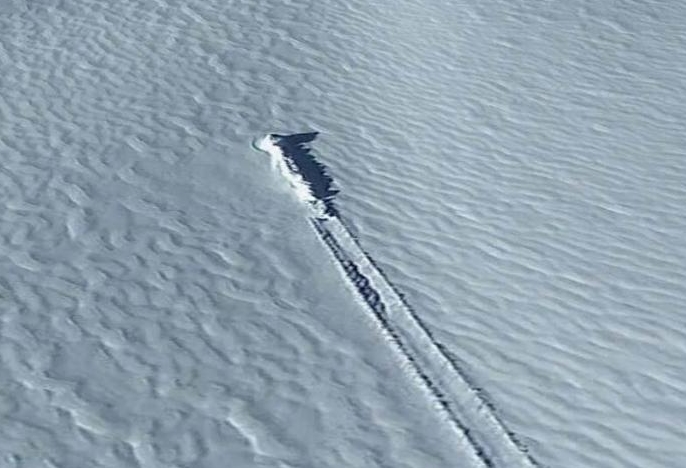 The ship in itself is 200 feet long (61m) and as you can see it appears to cast a 50ft (15m) shadow. The trail it left off on the ground is over 3,000ft (915m) long and it seriously can only be a UFO crash site as we don’t have any ships that size reported missing anywhere near the area.

The user uploaded all about his discovery to Reddit hoping to team up with the experts there and actually get to the bottom of the discovery.

So far it’s pretty clear that the discovery in itself is real and if they do actually manage to garner enough resources we could probably see a team sent to the site within the next couple of years.